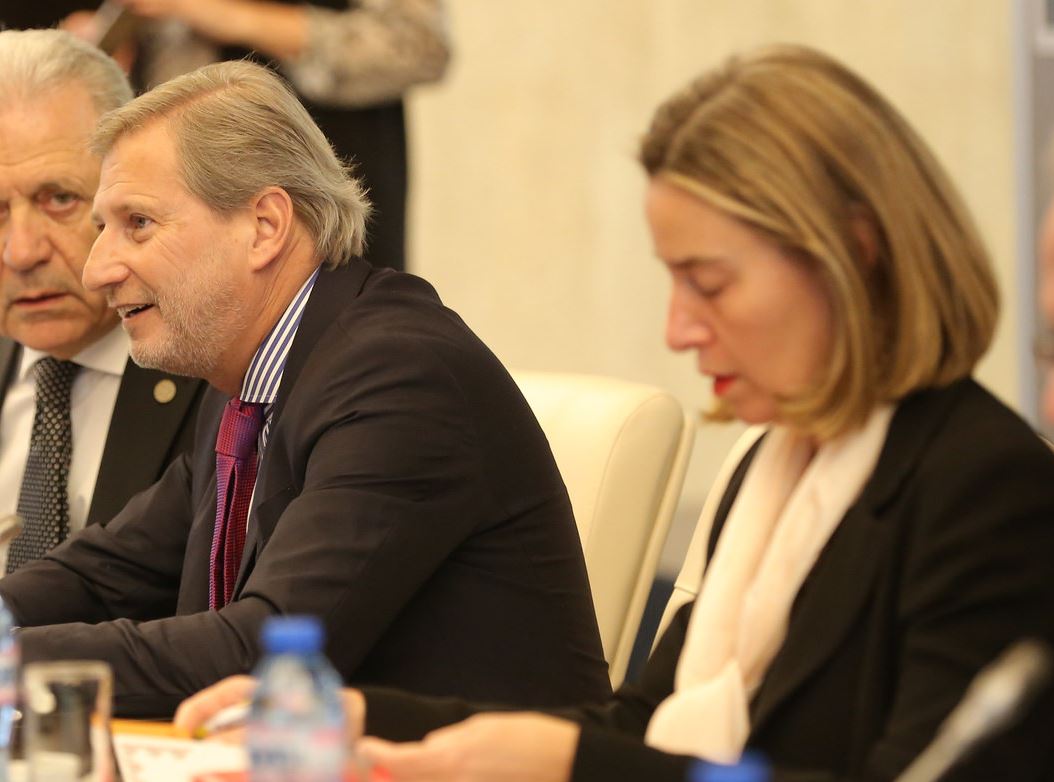 “We wholeheartedly congratulate Prime Ministers Alexis Tsipras and Zoran Zaev for their determination and leadership in reaching this historic agreement between their countries, which contributes to the transformation of the entire region of South-East Europe. This achievement belongs to the leaders of the two countries and their teams, but first and foremost it belongs to all the citizens of both countries, and of Europe as a whole,” the EU’s High Representative for Foreign Affairs and Security Policy, Federica Mogherini, and the EU’s Commissioner for European Neighbourhood Policy and Enlargement Negotiations, Johannes Hahn said in a statement on Tuesday. As they pointed out, the window of opportunity must now be used well. “The negotiating process, under the auspices of the United Nations and the mediation of the personal envoy of the UNSG, Matthew Nimetz, and with the European Union’s strong support, is also clear proof of the power of multilateral diplomacy, dialogue, respect and willingness to find win-win solutions to even the most difficult of issues. Together, we must now make good use of the window of opportunity that has been pushed wide open to accompany and consolidate the winds of peace and cooperation in the entire region. The European Union perspective of the Western Balkans, reaffirmed recently at the Sofia Summit, remains the most powerful stabilising force for the region, and we have an interest and responsibility to make good use of it. It was also a crucial incentive for this agreement, in the spirit of good neighbourly cooperation. We now look forward to the Council endorsing our recommendation of 17 April to open accession negotiations with the former Yugoslav Republic of Macedonia in June. This is not only merited, in recognition of the considerable reform results of the country, but it will contribute crucially to the full implementation of the agreement in the interest of both countries, of the region and of our Union as a whole. The European Union encouraged and supported the negotiations from their very beginning. We will now accompany the next steps with all our means in the same spirit of dialogue for our common European future,” Mogherini and Hahn added. On Twitter, European Council President Donald Tusk, too, congratulated Zaev and Tsipras. “I am keeping my fingers crossed. Thanks to you the impossible is becoming possible,” he added in the tweet.