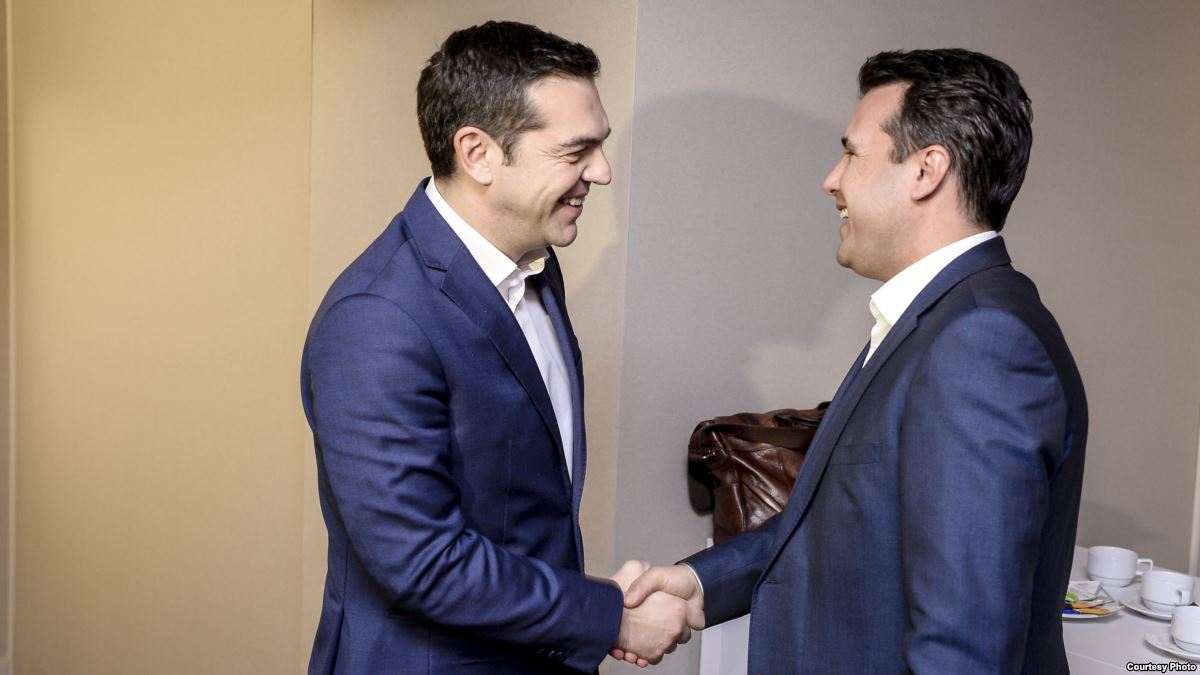 A solution to the name issue has been reached, PM Zoran Zaev said at a press-conference on Tuesday. ‘The Republic of North Macedonia’ will be the new name for overall use that will be specified with a constitutional amendment, according to him. “Resolving the dispute with Greece, we are building friendship that has never been greater. We are building a European perspective, we are resolving a 2.5-decade-long dispute in order to get the country out of isolation,” the PM stated. The deal envisages confirmation of the Macedonian language in the UN, “Macedonian”, without a footnote. The nationality is “Macedonian/citizens of the Republic of North Macedonia”. The codes will remain “MK” and “MKD”, but the licence plates will read “NMK”. The agreement, Zaev explained, will be presented before all relevant stakeholders in the country, signed by the representatives of the two countries’ governments, which will be followed by parliamentary ratification. According to him, letters from the Greek government to the EU and NATO will follow that there is no name issue and that there are no obstacles to NATO membership and a recommendation for a start of membership negotiations. “We strongly believe that the European Council will make on 28 June a decision on a start of negotiations with Macedonia. We strongly believe that at the NATO Summit in Brussels on 12 July, Macedonia will receive a full-fledged membership invitation as the 30th member of the Alliance,” he noted. In the autumn, citizens will need to voice a stand in a referendum. “Once our citizens confirm this historic agreement, Greece, towards the end of the year, will ratify it in Parliament, as well as the protocol for our NATO membership,” the PM underlined. FM Nikola Dimitrov will inform President Ivanov about the agreement on Wednesday.