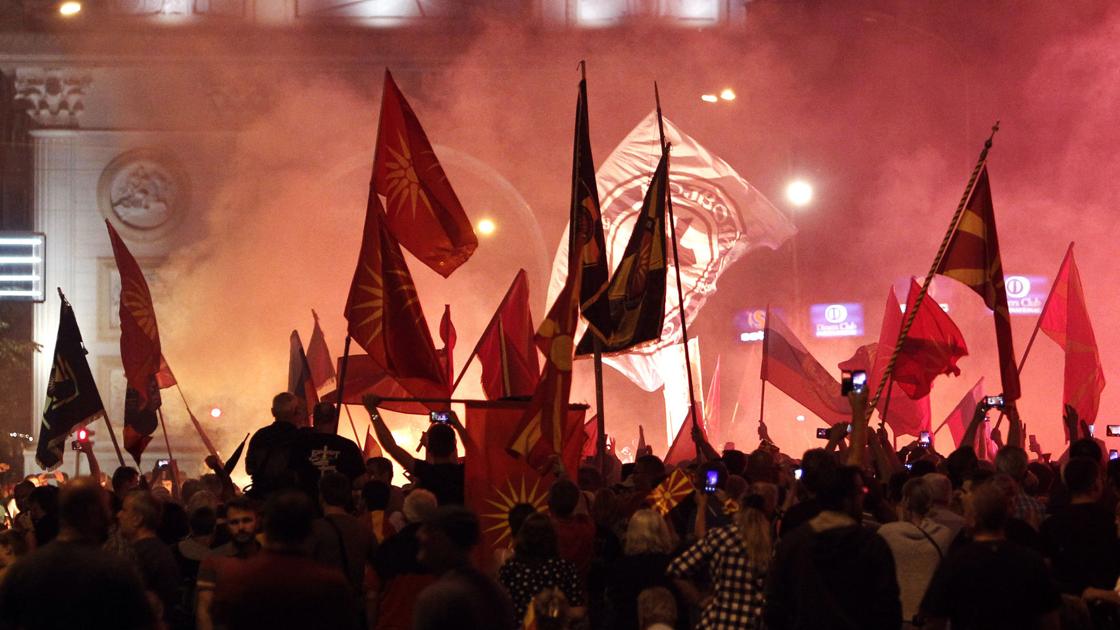 During the session which saw Parliament determine the need to adopt the law for ratification of the Skopje-Athens name agreement, the protests against the deal continued. Once VMRO-DPMNE left Parliament’s work, protesters headed to the opposition party’s HQ, urging party leader Hristijan Mickoski to, as they said, to bring VMRO-DPMNE to the streets.  Mickoski received protesters’ representatives. “I will support your protests, but MPs will not join you in the streets. They will act in Parliament,” he stated. As All-Macedonian National Council – “Makedonium” President Straso Olumcev explained after the meeting that Mickoski, said that VMRO-DPMNE would not take part in the parliamentary activities that were related to the name deal reached with the southern neighbour because, according to him, it would be better for the party to be in Parliament and prevent PM Zoran Zaev from making harmful decisions.  According to Olumcev, the protests will continue every day. As regards the referendum, he told Mickoski it needed be stopped.