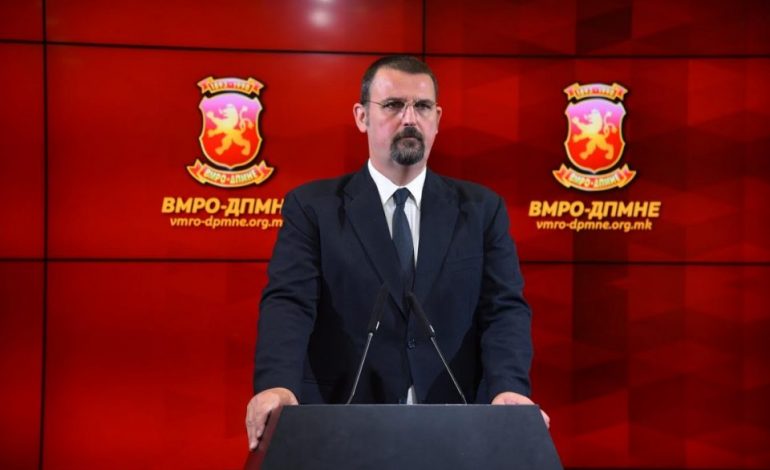 VMRO-DPMNE reiterated on Thursday its stand on the name deal reached between Skopje and Athens. “The deal is omitting the Macedonian identity from the anthem, the textbooks, the tradition and culture. Though documents prove that the nationality and language were recognised in the UN, the deal has seen PM Zoran Zaev give up on that right,” party spokesperson Naum Stoilkovski pointed out. Youth for Macedonia, too, criticised the deal. “We students will not allow a change of our name and identity. We will defend our name, Macedonia, at all costs and remain Macedonians. We are not ‘citizens of North Macedonia’. Our fatherland is not called a north province,” it said in the proclamation regarding the protest announced for 23 June outside Parliament.  SDSM, on the other hand, once again expressed its stand that the name deal is a patriotic act. “The agreement guarantees the Macedonian identity that will not be challenged and denied by the others ever again. The Euro-Atlantic integrations, which are a top national interest, are being opened,” Zoran Zaev’s party said in the press-release.