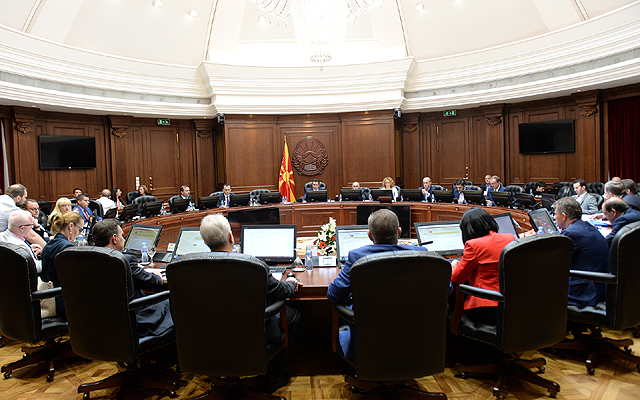 A session in which MPs will vote again for the law ratifying the name agreement has been scheduled on Thursday (July 5), it was agreed Monday in a coordination meeting of Parliament Speaker Talat Xhaferi and coordinators of parliamentary groups. Last week, a decision of President Gjorge Ivanov was forwarded to the Assembly saying he would not sign the decree promulgating the law on the ratification of the final agreement for the settlement of the differences as described in the UN Security Council resolutions, the termination of the 1995 Interim Accord and the establishment of a strategic partnership between the parties. Parliament Speaker Xhaferi said that after the revote, he would send the law to the Official Gazette of Macedonia having one signature only.