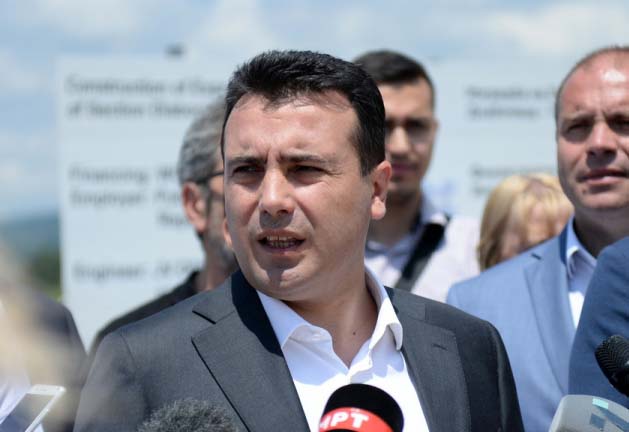 Тhe PM Zoran Zaev addressed the MPs in the Parliament of Macedonia at the Monday session dedicated to MP questions. Zaev spoke about the Name Issue Agreement with Greece and Macedonia’s integration processes for EU and NATO. “After being humiliated with the reference FYROM for more than 25 years, we have finally secured and solidified the Macedonian language and identity. The name of the state is defined by the adjective “North”, which is a fact scoped in this territory we all love and cherish so much. Finally, Macedonia can decide what future it wants to live in. At the moment, the opposition only spreads antagonism because they failed to make Macedonia a NATO and EU member during their 11-year rule, and now they need to make their minds; they either support or not Macedonia’s integration in EU and NATO,” said Zaev, calling on the opposition MPs to join the celebrations and happy atmosphere about the start of the integration processes for NATO and EU.