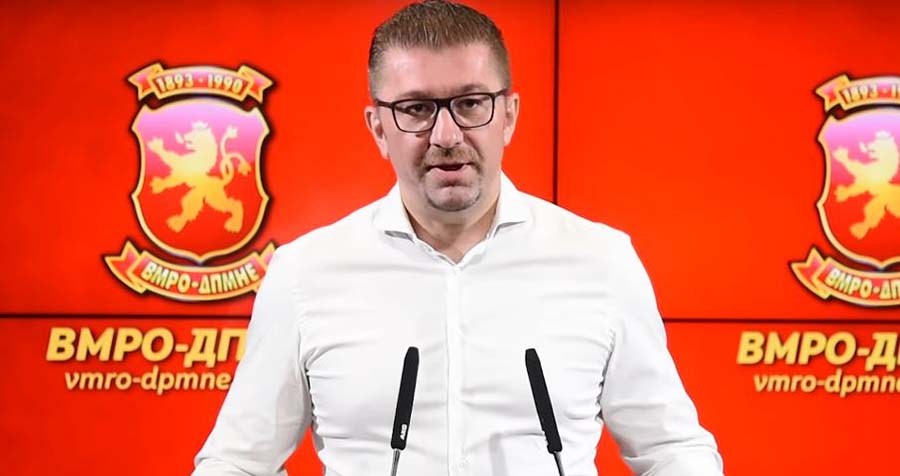 Opposition VMRO-DPMNE leader Hristijan Mickoski reaffirmed Sunday his party’s demand for granting amnesty to those involved in the violent incidents at Macedonian Parliament on 27 April 2016. The political revanchism, divisions must come to end, and therefore the amnesty is needed for Macedonia to move forward, Mickoski told reporters after a protesting march in Strumica, organized by VMRO-DPMNE against ‘the government’s disastrous policies and sale of Macedonia’s national interests’. The march started at the Macedonia monument ereted in honour of late PReisdent Boris Trajkovski and continued down the street of the Strumica promenade to the building of the assembly of Municipality of Strumica.