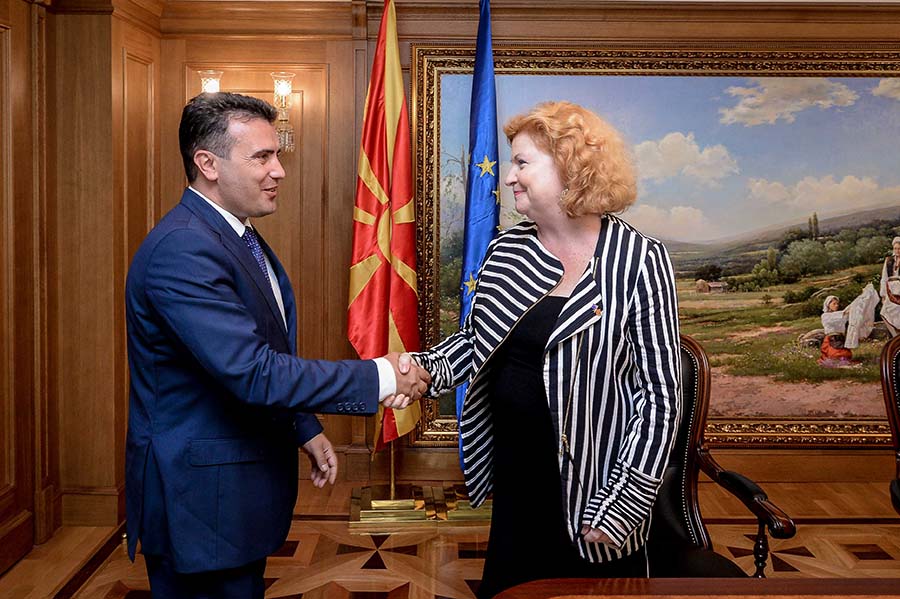 Opportunities for enhancement of bilateral cooperation, especially in the field of investments and economy, were in the focus of Monday’s farewell meeting between Prime Minister Zoran Zaev and Australian Ambassador Julia Feeney.  Ambassador Feeney expressed support for Macedonia’s integration processes, which open the opportunities for a better life of country’s citizens, the Government said in a press release. Interlocutors also tackled current political developments, with Zaev expecting citizens to give strong support to Macedonia’s European and NATO future. The PM also thanked the ambassador for Australia’s principled support in the overhaul of democratic capacities of Macedonia’s institutions. Ambassador Feeney wished Macedonia to develop into a modern society and a good place to live in, reads the press release. Earlier in the day, Ambassador Feeney also met with Foreign Minister Nikola Dimitrov.