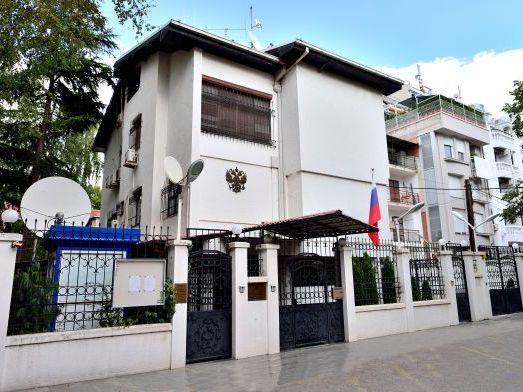 The Russian Embassy calls for calls for an investigation into the Government’s allegations that Russian businessmen paid people to protest against the NATO admission. “We expect that the Macedonian side, within the legal field of its state and international practice, will conduct a detailed and objective investigation of the allegations that the stated members of the Government of the Republic of Macedonia allude to, and will present it to the public, as well as the Russian side, real facts, not constructions”, read the statement, accusing DM Sekerinska and PM Zaev of spreading Russophobia. The Embassy of the Russian Federation says they are “counterproductive and irresponsible attempts” to intimidate citizens “with a fictitious Russian threat”. For two days now media report that Greek businessperson Ivan Savvidis has paid 350,000 euro to football fans Komiti to protest the name deal. The group of companies he owns issued a press release denying any connection of Savvidis with the Skopje protests.