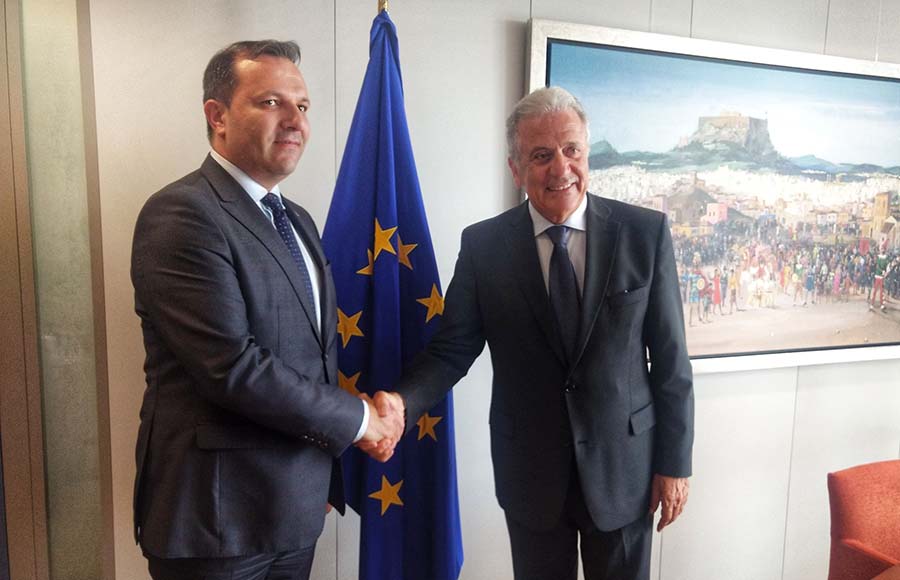 The European Commission and Macedonia in Brussels on Wednesday initialled an agreement for cooperation of border police – known as Frontex 2 – after months of negotiations. Once in force, the agreement will allow the European Border and Coast Guard Agency (Frontex) to carry out joint operations with and within Macedonia. Frontex 2 aims at reinforcing the EU’s external borders and fighting against illegal migration. “Once it enters into force, Frontex teams will be allowed to perform border controls alongside national forces. This is seen as an important added value,” stated Commissioner for Migration, Home Affairs and Citizenship Dimitris Avramopoulos. The European Commission has welcomed the strengthening of cooperation with the Western Balkan countries.