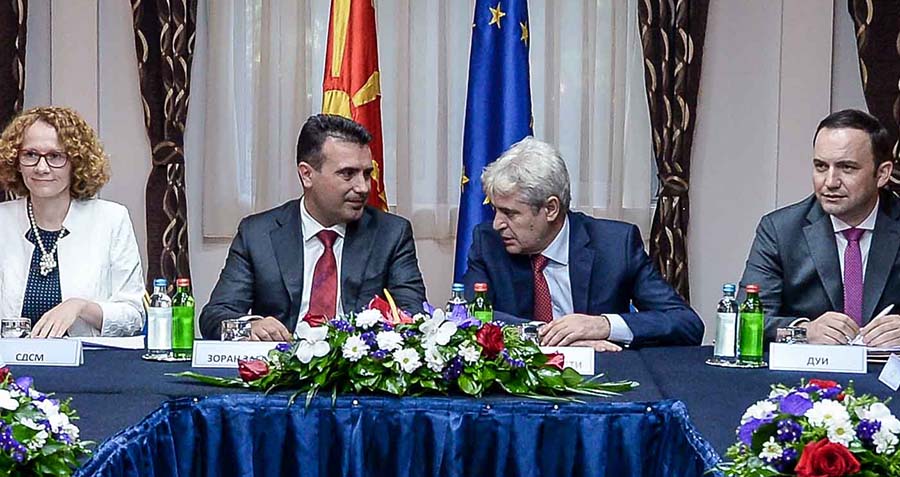 Political parties should work on ironing their differences so that Macedonia could realize the well-known goals – the implementation of the name deal with Greece, which opens the way for the country to join NATO and start the EU accession talks, DUI leader Ali Ahmeti said Wednesday. There is no other alternative for Macedonia but the EU, NATO membership, which will ensure the country’s stability, economic prosperity and future, Ahmeti said at a reception he organized in honour of NATO membership invitation. Having an opinion on the Skopje-Athens name deal is a democratic right and therefore a referendum is to be called for everybody to speak own mind, Ahmeti said, notifying that a vote against ‘is also a democratic right.