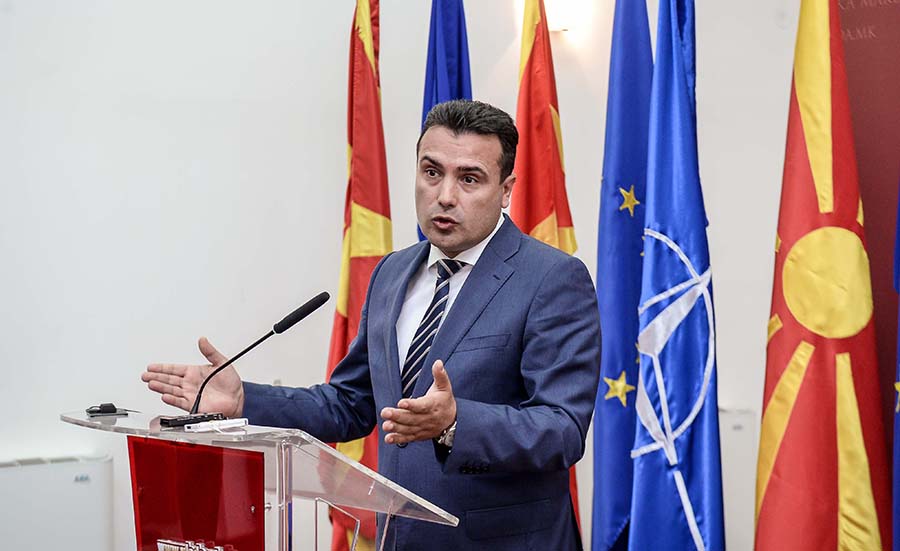 The leaders’ meeting on Thursday, taking place in shortened format i.e. the leaders and one representatives from the four biggest political parties, was concluded after nearly four hours, but no agreement was reached around the issues related to the coming referendum and the formation of the State Election Commission. The meeting was attended by the leaders of SDSM, DUI, VMRO-DPMNE and Besa’s Kasami. Talks in this format are slated to continue Sunday evening or Monday morning. PM Zaev, following the meeting, informed that no agreement was reached and talks continue. “There is no compromising over the strategic goals of RM. Amnesty, direct or indirect, will not be granted. We will give dialogue a chance and we shall talk for as long as it is possible,” said Zaev. He noted the parliament resumes work and the review of amendments to the Electoral Code will continue in parliament committees. He added that there are certain deadlines that need to be met, hoping for successful outcome. Mickoski told journalists that several topics already known to the public have been discussed. He called for respect of the true European values, but not only declaratively. “If we really aspire for European values and principle we should act accordingly. This means respect of laws and Constitution and preventing manipulation of the citizens’ will,” he said. DUI leader Ali Ahmeti said that there are differences still, but they need to be surpassed in the interest of EU integrations. Besa’s leader Bilal Kasami underlined that they will contribute to reaching inter-party agreement for successful SEC formation and organisation of referendum.