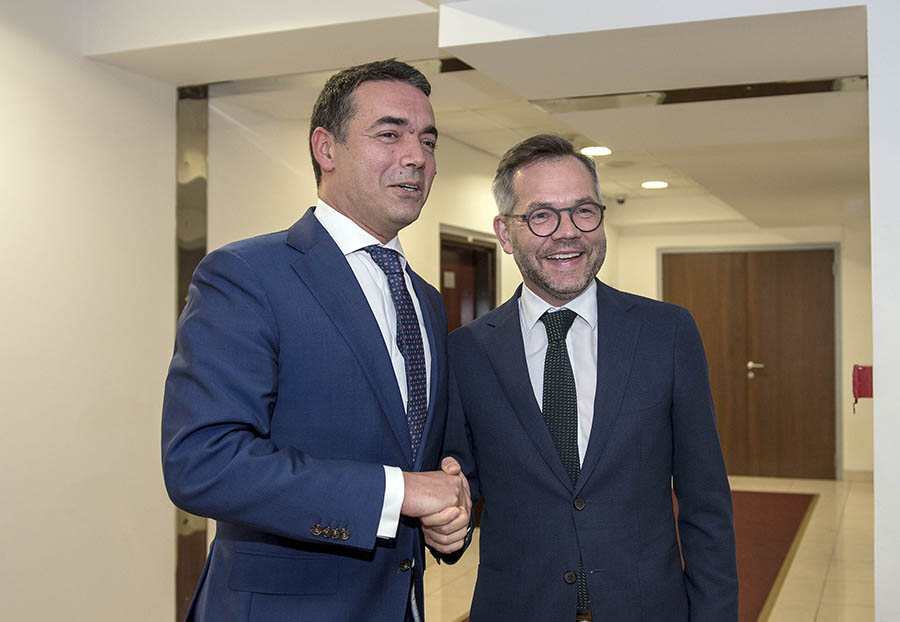 Macedonian FM Nikola Dimitrov held a meeting with German Minister of State for Europe Michael Roth. Dimitrov briefed his guest of the current political developments in the country related to the coming implementation of the agreement with Greece as well as activities for realisation of foreign political priorities. The Macedonian FM also voiced satisfaction with the recognised progress of the country which was clearly valorised through decisions adopted at the latest Summits of EU and NATO. In that sense he extended gratitude for the Berlin support to the process. Minister Roth noted that Macedonia had done a lot in the past year and congratulated the country on the commitment and leadership toward resolving the name issue. According to him, these efforts have enabled tangible and clear European as well as Euro-Atlantic prospects for the country and its citizens.