Leaders Meeting: Despite Progress no Agreement on Referendum Question 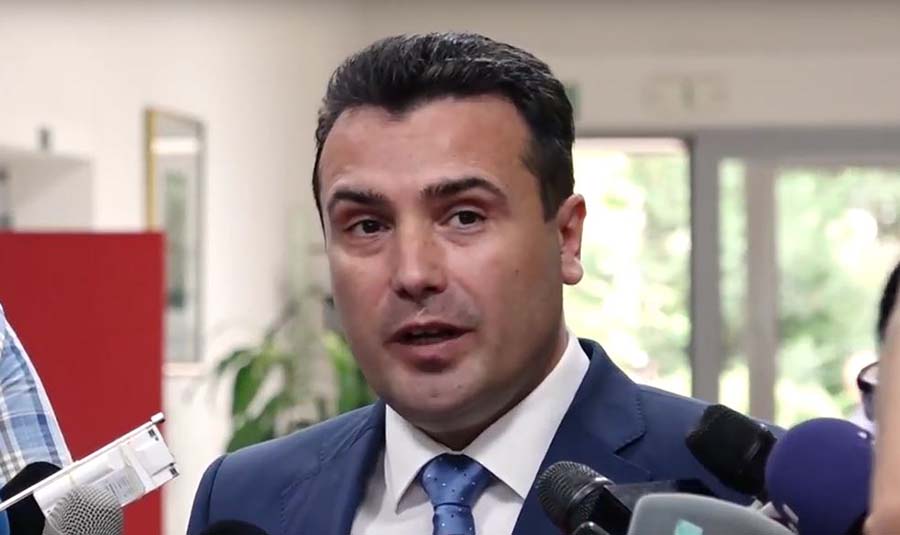 Leaders of the four biggest political parties in Macedonia after almost a six-hour debate reached agreement on part of the issues on the table in the first part of the Monday leaders’ meeting. Despite initial statements that agreement was reached on SEC composition, party funding law and technocratic government ahead of elections party leaders failed to align on the referendum question. DUI leader Ali Ahmeti said the first part of the meeting on Monday was positive, but the second part was rather disappointing. “Differences are with regard to the question to be set at the referendum. The normal course of the referendum and voting depends on the question to be asked,” said Ahmeti, calling for the opposition to put national before party interests. Following the second part of the meeting PM Zaev said unfortunately Mickoski had failed to recognize the momentum for prosperity of Macedonia. “He chose to remain on the dark side. He lies shamelessly in saying that this leadership of VMRO-DPMNE cares about SEC, party funding and referendum. He lies that he wishes Macedonia to be in the EU and NATO. Upon seeing there is not a minimum chance of discussing direct or indirect amnesty he fled. His only goal in case there is no amnesty is no agreement on the referendum to be reached,” said Zaev before leaving for Mostar. He added that all demands had been accepted calling on the VMRO-DPMNE membership to go out at the referendum and freely express their will, reiterating that Macedonia will become part of the EU and NATO and all procedures will proceed as planned. According to Mickoski, the question at the referendum must have a single meaning i.e. refer only to the agreement with Greece. He assessed that PM Zaev had leveled rather personal qualification against him in his statement.  Besa’s Bilal Kasami greeted the agreement on key issues, voicing hope that all political parties will work towards rendering the referendum successful.