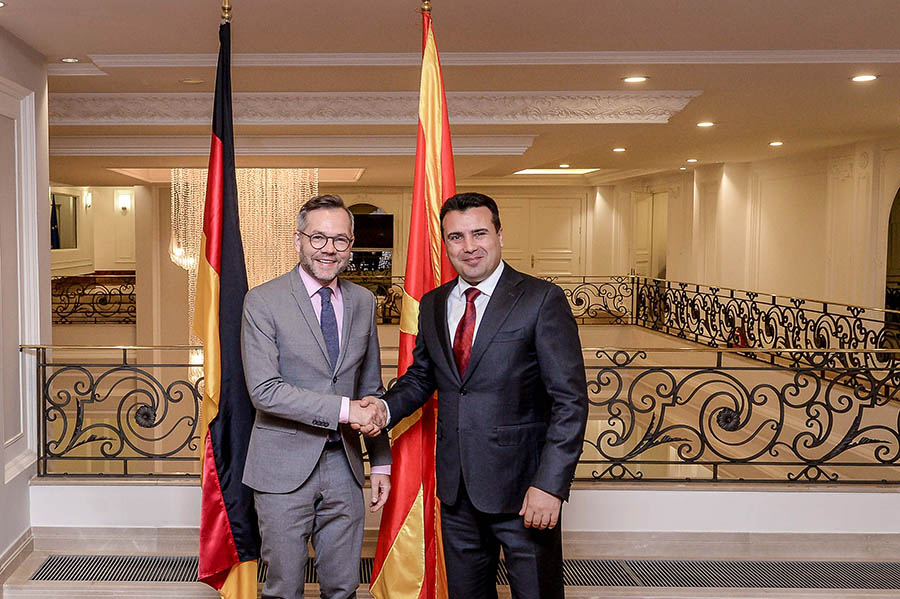 Head of the Government Zoran Zaev welcomed a delegation from the German Ministry of Foreign Affairs led by Minister of State for Europe Michael Roth. At the meeting PM Zaev reflected on the current political situation in the country with special accent on the process of attaining political consent around basic principles and issues related to realisation of the referendum on the name deal with Greece. The PM underscored the exceptional support of Germany and Chancellor Merkel in transforming the political crisis to a period of comprehensive reform undertakings that have culminated with recognition of the country’s progress via the date for start of EU talks and the NATO admission invitation. “We are very close to realising the strategic goals and will not allow the process to be tarnished or to be brought to risk by irresponsible ultimatums. We remain committed to the end,” said Zaev. The Minister noted that with the name agreement the country has opened a new chapter and it could count on the German support in the future. He called for taking responsibility by all relevant political entities in the country including the opposition. At the meeting with opposition leader Hristijan Mickoski the good bilateral ties were emphasised. Mickoski said his party was sincerely in favour of EU and NATO integration, but noted that the agreement with Greece is detrimental to the interests of Macedonia and he could not support it.