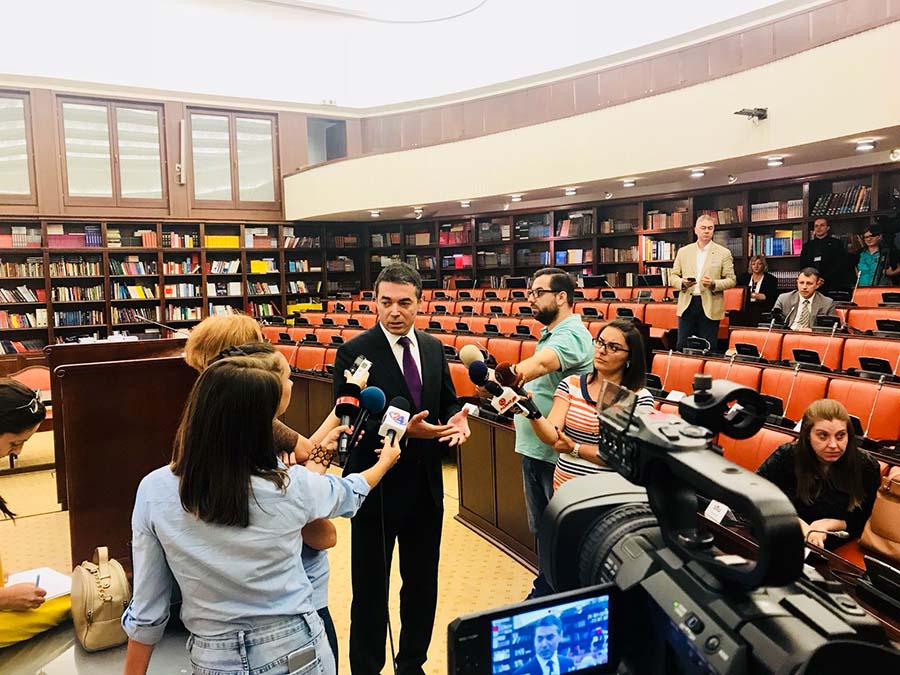 The Parliament’s foreign policy committee, where Foreign Minister Nikola Dimitrov was supposed to deliver a presentation of Macedonia’s foreign policy, didn’t open a discussion for a second day in a row after committee chairman Antonio Milososki kept on insisting that the MPs holding security clearance should be given classified documents from two meetings of top government officials and the President related to the name negotiations. MP Milososki reiterated that the classified documents were ‘vital and important for the country’s foreign policy’ because they revealed information about the work of the foreign minister.