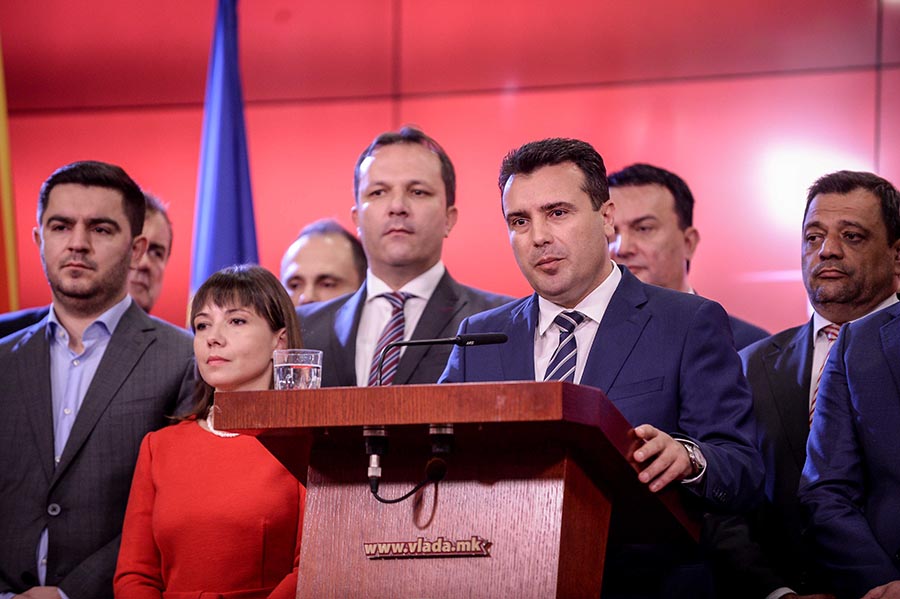 At a press conference Tuesday Prime Minister Zoran Zaev appealed to citizens of the Republic of Macedonia to go out at the referendum slated for 30 September, highlighting now is the moment for each citizen to take responsibility for the future. “Each of you is obliged to take responsibility for their future and the future of own country. Your vote is your right. Don’t let anyone abuse your right,” said Zaev at the press conference flanked by all ministers in the government. He stressed the Government would abide by the outcome of the democratic choice regardless of results. “Remember the 1991 referendum. It was a major decision by a constitutive people who opted for their future and independent state. We showed we are a nation that learns from history and that we will not repeat its traumas,” said Zaev, also appealing to all VMRO-DPMNE members to grasp the importance of the moment, adding the door was open to them as well. Asked what actions will be taken in case the census is not met and whether in such a case the referendum will be considered relevant, the PM said such an option is not even being considered. “We all know that the vast majority will be in favour and this is the will of citizens that we need to respect. I am certain that the referendum will be successful and two cumulative aspects will be achieved – census of over 50 % of registered voters and vast majority in favour,” Zaev says.