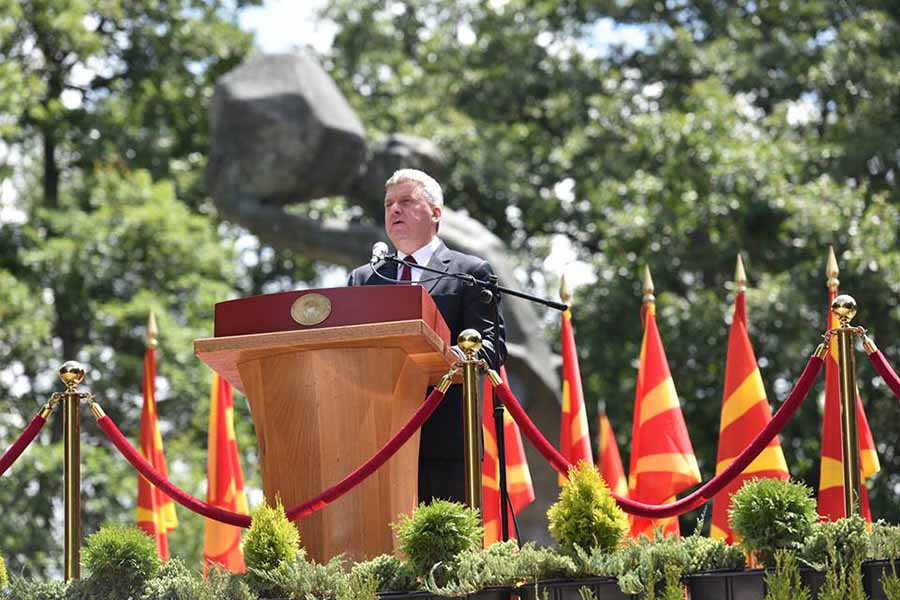 Macedonia is not private property, with its attributes and values to be traded by some. It is not personal property to be sold, Macedonia is not a no man’s land that anyone can claim. Macedonia belongs to the people who have created it, President Gjorge Ivanov said in Krusevo. In an address at the site Meckin Kamen at a ceremony observing Macedonia’s Republic Day, Ivanov reiterated his position that he didn’t support the ‘Greek Agreement’. The citizens of Macedonia, Ivanov said, rally around the idea for membership into the EU and NATO, but they want to join these organizations with the country’s own name, with dignity and honour. “I believe the people are mature enough and wise enough to choose their own future. May we safeguard the independent Republic of Macedonia, there is nothing more valuable,” Ivanov stated adding that ‘no politician has a mandate to trade with the identity of the Macedonian people.