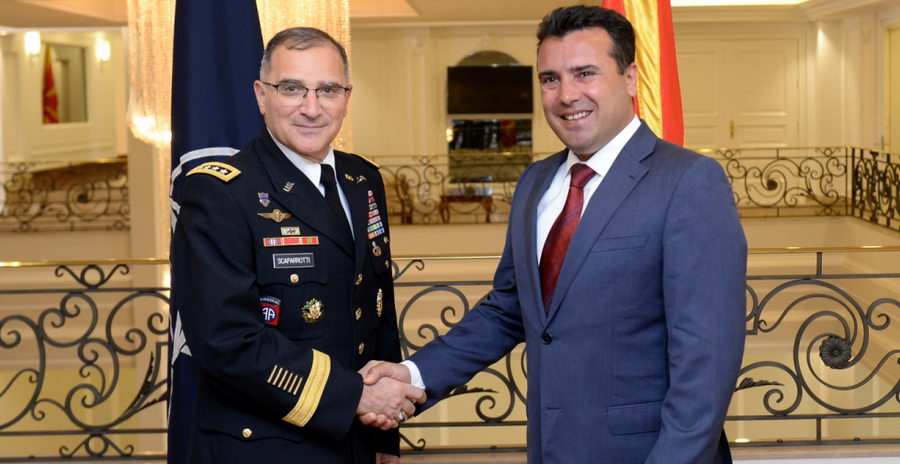 The Prime Minister of Macedonia Zoran Zaev met on Thursday afternoon the Head of the US European Command and NATO’s Supreme Allied Commander, General Curtis Scaparrotti. At the meeting, as reported by the Government via a press release, Zaev thanked Scaparrotti and the entire NATO Alliance for the invite for Macedonia to become its 30th member-state. “The invite for NATO membership is a historic achievement and satisfaction for the hard work we have done in the past few years, and the citizens’ aspiration for NATO membership will also be confirmed in the upcoming referendum about the Name Issue Agreement between Macedonia and Greece,” Zaev said. Scaparrotti praised the readiness of the Macedonian Army, after attending a military exercise with Defence Minister Radmila Sekerinska, adding that NATO is open for cooperation with Macedonia in order to assist the implementation of the required reforms, if necessary.