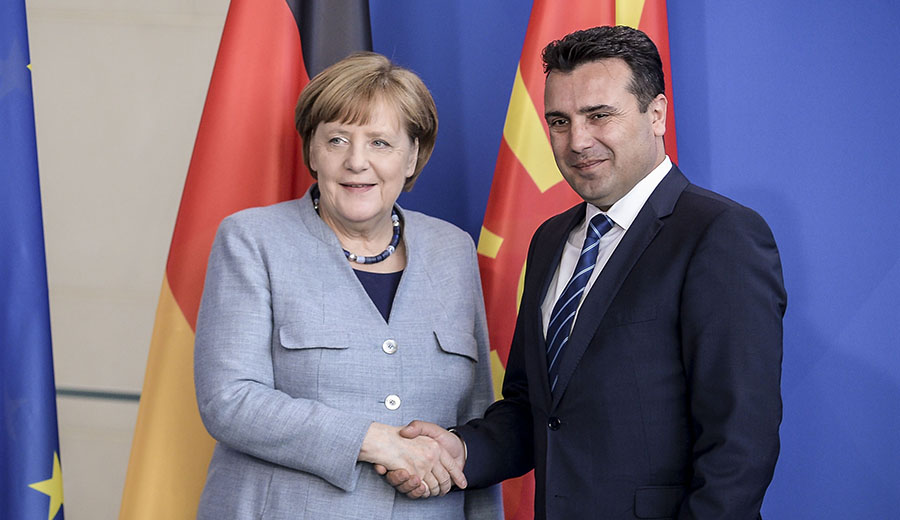 PM Zoran Zaev had a phone conversation on Wednesday afternoon with Angela Merkel. The German Chancellor expressed support for the efforts by both the government and the societal-political public in Macedonia to strengthen the European and Atlantic perspectives of the country’s citizens. Also, she confirmed the support for the name deal. As it was jointly concluded in that regard, the referendum is a top democratic act and a reflection of the citizens’ orientation when it comes to the citizens’ orientation about the future of the country. Zaev informed Merkel about the preparations for the referendum. Also, he talked about the reform efforts related to the conditions from the conclusions of the EU Council in June 2018.

2018-08-23
Ljupco Nechovski
Previous: Hahn describes Referendum as choice Between future Towards EU and Isolation
Next: Parliament to Form coordination Body for Referendum