Around 30 parties Unite to support Positive answer in Name referendum 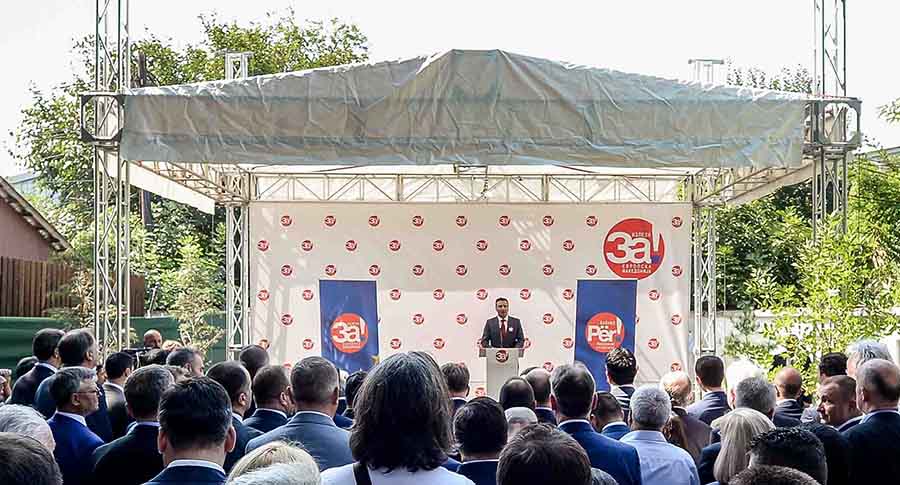 Around 30 political parties that support a positive answer in the name referendum have united to support in the coming period the name deal and EU and NATO integration for Macedonia. Led by SDSM, they will urge citizens to participate and vote in favour. In their view, the deal is opening Macedonia’s doors for NATO and EU membership. They reserve the right to public communications related to the referendum that can be individual and independent or within the frameworks of other coalitions and campaigns. “It will look nice if the Republic of Macedonia is fully united in this campaign. The call remains open for the opposition, too, hoping that if all of us are in favour of NATO and the EU, we will contribute to the referendum’s success in terms of voting in favour and in terms of reaching the threshold,” Zoran Zaev said. The PM and Ali Ahmeti urged the opposition to accept a positive answer in the referendum. “With a successful referendum, we get a stable country and stable interethnic relations,” the DUI leader pointed out.

2018-08-31
Sasko Golov
Previous: President Ivanov to reportedly not be in Macedonia on referendum Day
Next: PM Zaev starts Campaign for name Referendum