US Senator Johnson: Citizens should Vote in 30 September Referendum 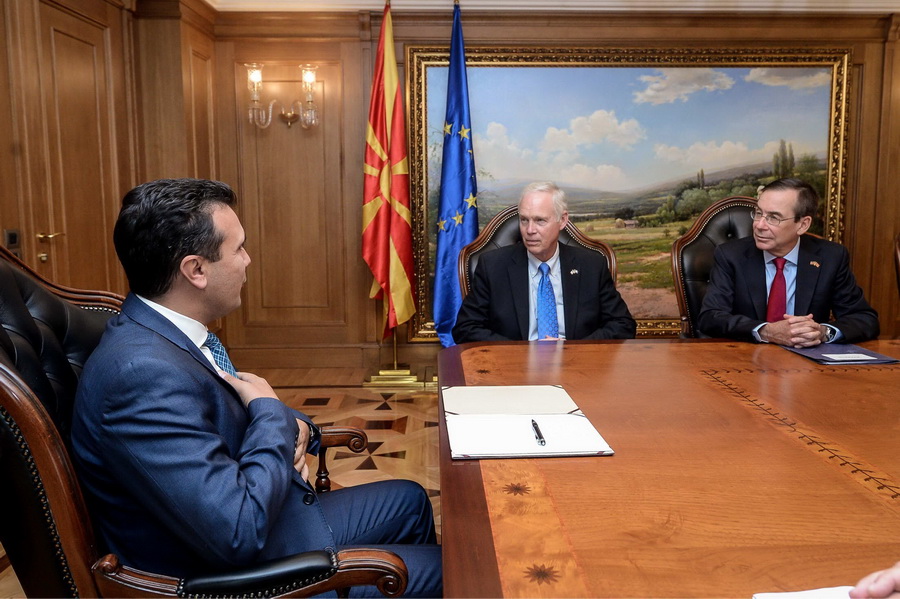 US Senator and Chairman of the US Committee on Homeland Security Ron Johnson paid an official visit to Macedonia on Sunday, as part of his Balkan tour that also includes Greece, Kosovo and Serbia. Johnson called upon all citizens of Macedonia to vote in the referendum on the Prespa Agreement with Greece. “Come out and exercise your voting right, let your leaders know that you support the nation and its accession to the Euro-Atlantic institutions. I am primarily here to offer our support and encouragement. It’s what we’ve been doing during this process. It’s extremely important for Macedonia and Greece to come to a conclusion on the naming issue. We certainly want to encourage the resolution of this problem, it’s the only way for Macedonia to join NATO,” Johnson said.