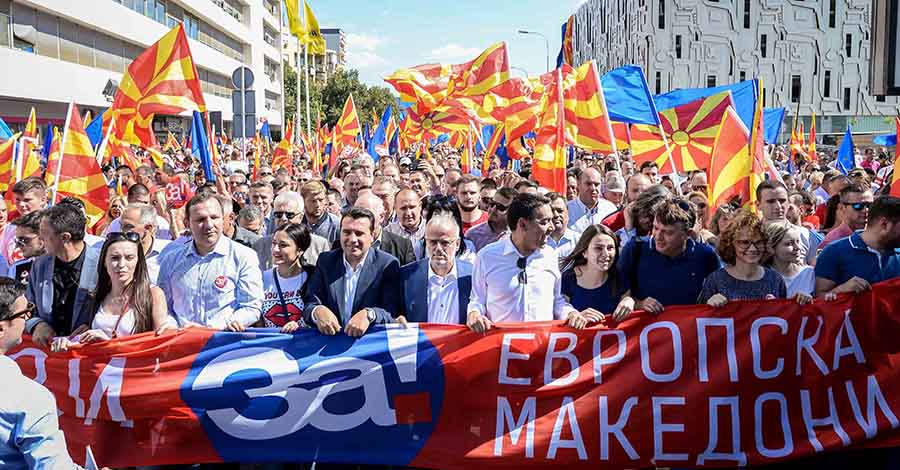 We have been dreaming for 27 years and today we are a step from achieving our dream – securing the European future for our children and future generations, Prime Minister Zoran Zaev told a crowd in downtown Skopje on Sunday. Coalition Together FOR European Macedonia staged a march FOR European Macedonia that started near the Parliament and finished in front of the EU Delegation building. “This is the responsibility of our generation. The future of our Macedonia and our children depends on us. No one else can make this decision for us,” said PM Zaev. He said preserving the country’s future is the biggest patriotic act, adding there is no alternative to NATO and EU. “Having in mind the past 27 years, we have taken this bold decision, putting Macedonia before all parties. We have reached an agreement and gained a friend. The agreement is fair and both sides have equal benefits. This deal secures perspective, friendship, development and European future,” noted Zaev. According to him, identity and language have not only been preserved, but also enhanced.