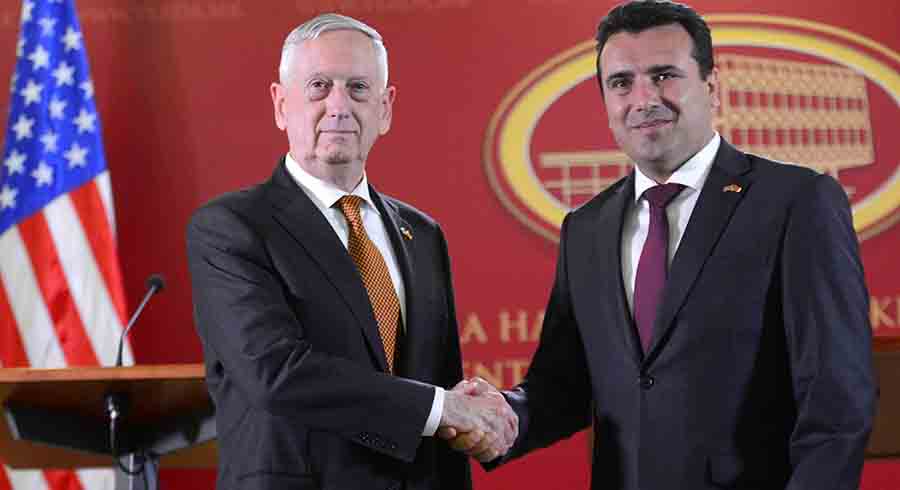 The upcoming referendum is the most important vote in your nation’s history. You will decide on your future in the referendum and have the support of the United States, said US Secretary of Defence James Mattis at a joint press conference with Prime Minister Zoran Zaev and Defence Minister Radmila Sekerinska. According to him, the Prespa Accord will enable the implementation of key reforms in the accession process to NATO and the EU and will strengthen the security and economic development of Macedonia. “You recently celebrated the anniversary of the referendum in which over 95 % of citizens opted for the independence of the country. In two weeks your citizens will once again have the opportunity to take the country forward. I applaud you for your tireless efforts to achieve the historic Prespa agreement with Greece. We know that this demanded patient diplomacy from both sides and compromises are always difficult,” Mattis said.