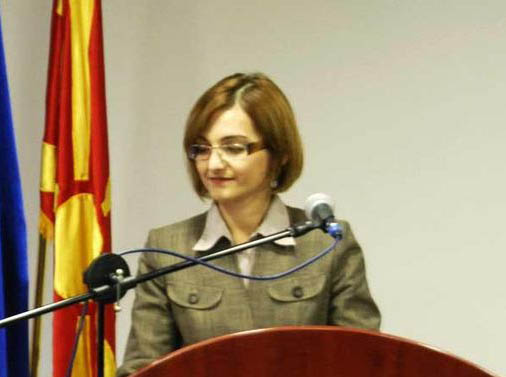 Former Interior Minister Gordana Jankuloska was sentenced to six years in prison for her part in the procurmeent of a Mercedes in value of over 600,000 euro.  Jankuloska is the third ex public office holder convicted for the disputable procurment of the Mercedes in the case codanamed Tank. Previously, former Assistant Interior Minister Gjoko Popovski was issued 6.5 years prison term, whereas ex PM Nikola Gruevski has been sentenced to two years in prison as confirmed by the Court of Appeals. In the verdict, judge Dobrila Kacarska said the ex minister instigated Popovski to commit the crime, thus abusing her post and authorizations.