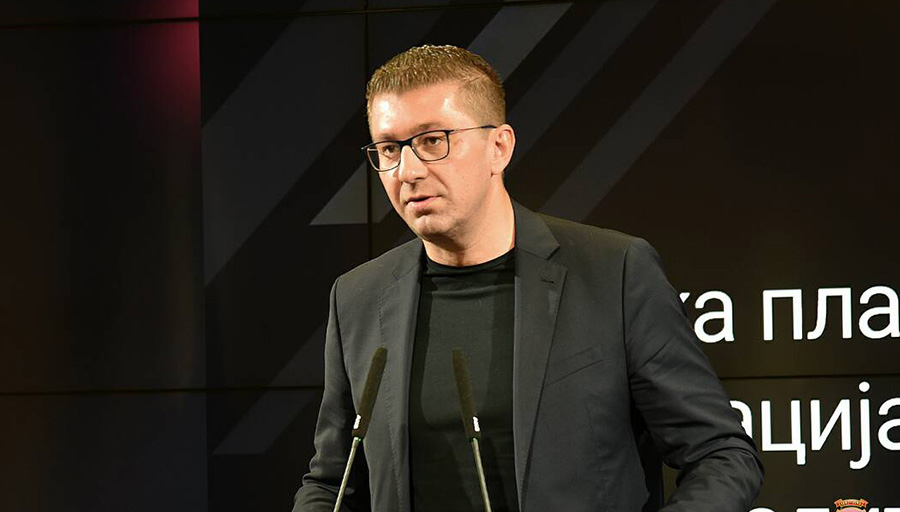 SDSM rejected, the Prime Minister is silent. Masks have fallen and the true face of the government was revealed. In an open letter to PM Zoran Zaev, VMRO-DPMNE leader Hristijan Mickoski said Zaev has shown three things. Firstly, through not accepting the proposal and his silence about the formation of an independent prosecution that will fight crime he has acted as protector of crime. Secondly, by not renouncing the harmful agreement Zaev is rejecting the will of majority of citizens and tries to forcibly change the name of Macedonia in an attempt to conceal his affairs and scandals. And thirdly, by rejecting the proposal I made Zaev and the government have shown they are afraid of free and democratic elections as they know the people will ask what is theirs, Mickoski writes in his letter, adding he has opted to side with the people.