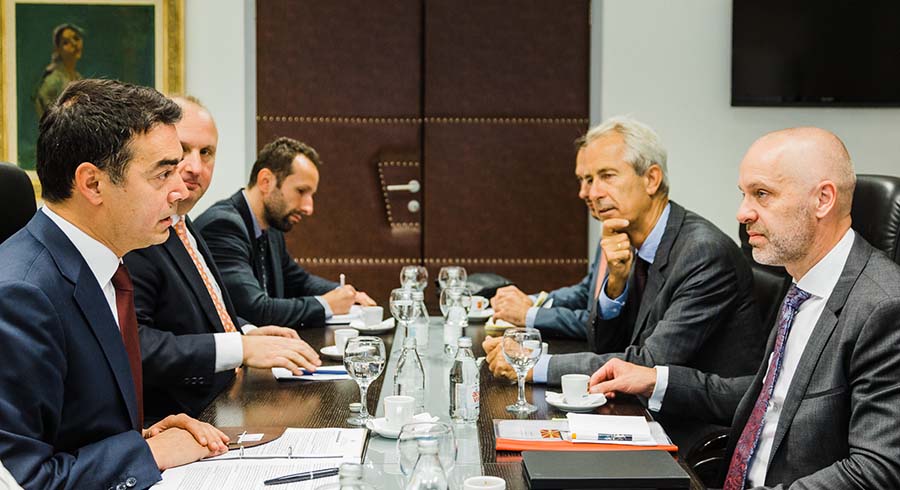 Reforms implemented by the government, with an emphasis on judiciary, reform of the public administration, fight against corruption and organized crime, as well as reforms of security services were discussed by Foreign Minister Nikola Dimitrov at a meeting with a delegation of the Dutch Ministry of Justice and Security, consisting of Arjen Taselaar, Head of International Relations and Projects, and Hans Jonkheer, coordinating policy officer for International Affairs. “We are committed followers of the Dutch slogan ‘strictly and fairly”. We consider the EU accession process a key reform tool for quality transformation of our society and a platform based on results for a fair reform-oriented competition of the countries in the process,” Dimitrov said.

2018-10-17
Sasko Golov
Previous: PM Zaev Expressed Readiness for Consensus with Opposition on Amendments
Next: Government against Impunity of Former Officials