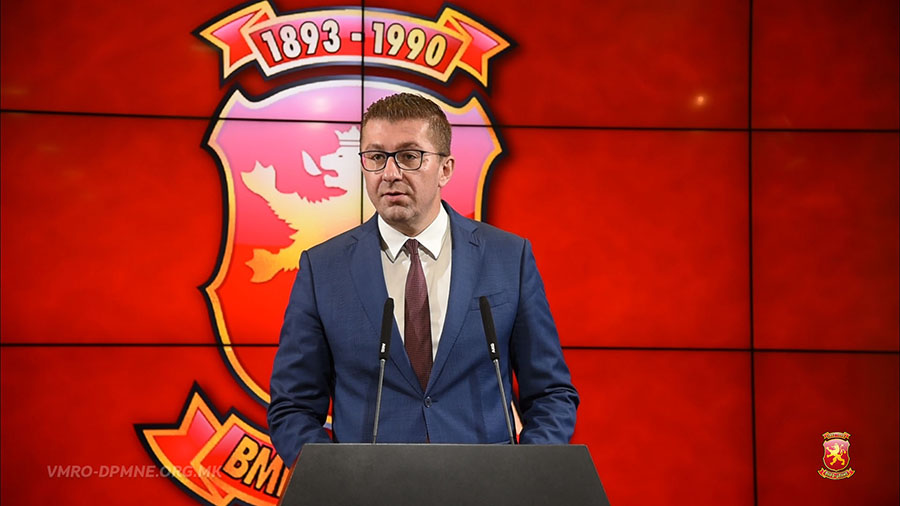 VMRO-DPMNE leader Hristijan Mickoski responded Wednesday to a letter of Wess Mitchell, US Assistant Secretary of State for European and Eurasian Affairs, reiterating that the Prespa Agreement is detrimental to the interests of Macedonia. “This Agreement is detrimental to the interests of my nation and homeland and as such it is unacceptable for VMRO-DPMNE and the large majority of the citizens of the Republic of Macedonia, which in fact became evident in the recent referendum,” Mickoski writes in a lengthy letter to the US State Department official. He starts off by thanking Mitchell for the support provided to Macedonia in terms of its Euro-Atlantic integration path calling it ‘a strategic interest of my party and the citizens of my country.’ In an interview with the Deutsche Welle Mickoski says the public will hear the ‘banned speech’ and what he wants to tell the public as his message after he was denied the right to address parliament.