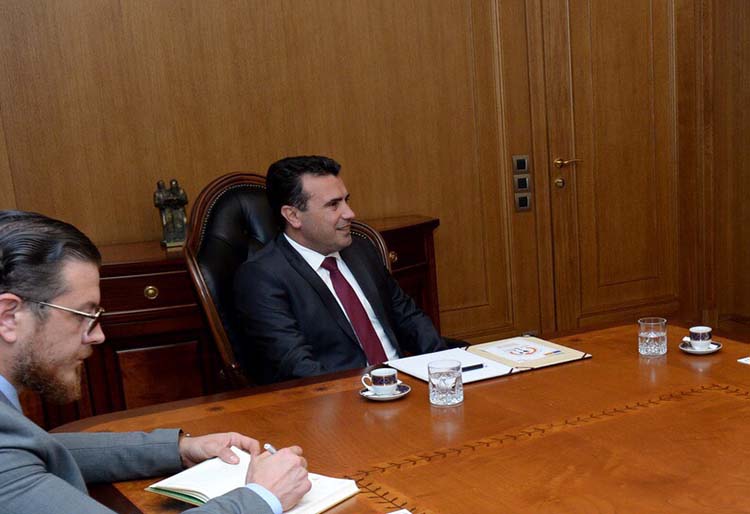 We remain committed with Prime Minister Alexis Tsipras over the perspectives of the new Balkans in the 21st century. A region of friendship, cooperation, economic growth and happier citizens, said Prime Minister Zoran Zaev on Thursday. PM Zaev was referring to Wednesday’s telephone conversation with his Greek counterpart and following the resignation of Foreign Minister Nikos Kotzias. Zaev said Tsipras briefed him over the developments in Greece, saying he remained committed to the Prespa Agreement in the capacity of his additional post as foreign minister. “I am pleased about Greece’s complete commitment to the agreement. I have hope that the parliament will find the strength tomorrow, that MPs will be courageous, because they represent the citizens and then the political parties. I hope they will seize this historic opportunity and give their vote for the need to open the constitutional revision,” added Zaev.