Palmer: Macedonia can Count on US Support in Future processes 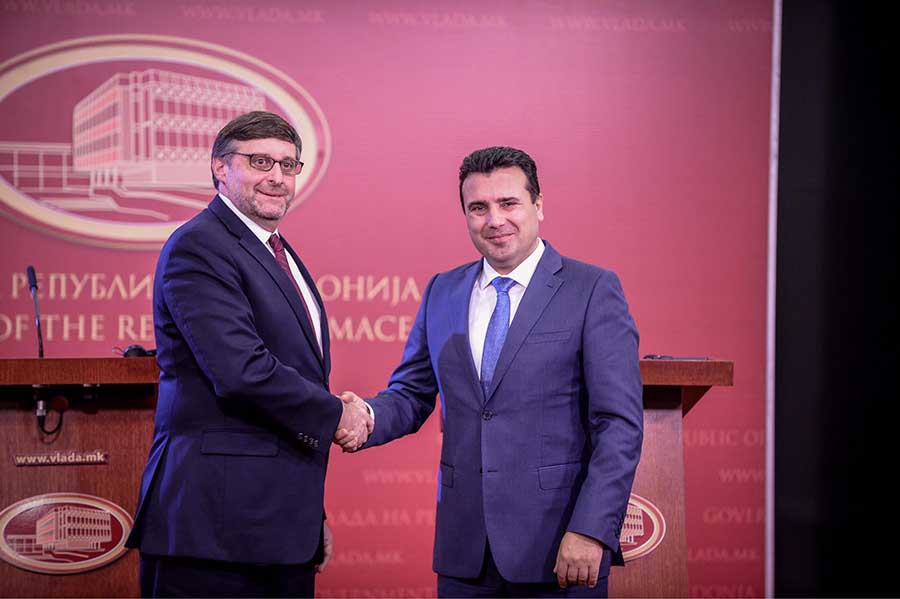 The eighty votes in favor of the Prespa Agreement in Parliament represent a historic turning point, which opens the path forward for a European future for Macedonia and its people, said Deputy Assistant Secretary at the U. S. Department of State Bureau of European and Eurasian Affairs Matthew Palmer during a press conference with Prime Minister Zoran Zaev on Monday. “As you move forward on this path towards European integration, towards membership in NATO, towards the opening of accession negotiations on membership in the EU and eventual membership in the EU, Macedonia, the Macedonian leadership, and the Macedonian people can rely on the friendship and support of the United States of America,” he said.