Gruevski to Report to Prison by 8 November for Serving Sentence 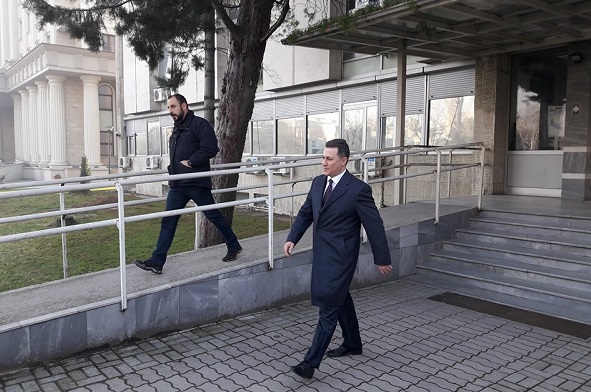 The former PM Nikola Gruevski is to report to prison for serving his sentence of two years for the case “Tank” processed by the Special Public Prosecution (SPO). From the Criminal Court in Skopje they inform that a court official handed over the sentence resolution to Gruevski in the court on Friday, while he was waiting for a hearing on another case he is a defendant in to start, after the couriers did not find him at home to deliver him the resolution. According to the resolution, Gruevski is to report to prison by 8 November, or he will be arrested and taken there by the police. Gruevski was sentenced to 2 years in prison after being found guilty for abuse of official position to tamper with a public procurement for an official vehicle for the necessity of the Government of Macedonia.