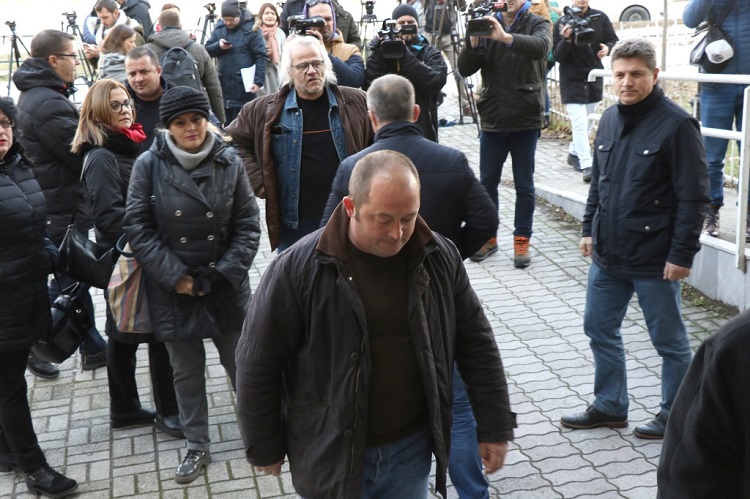 Krsto Mukoski, who is part of the new parliamentary group, considers that the Criminal Court should allow him to have more time for the MP position. Part of the MPs charged in the trial over the 27 April 2017 attacks in Parliament think that it’s necessary for them to have more free time so that they get involved in Parliament’s work. Since the vote on the start of the constitutional changes procedure, Mukoski, Ljuben Arnaudov and Saso Vasilevski have been given police security, which has been with them also during the trial over the attacks. “I feel no endangerment against my and my family’s security,” Mukoski said on Tuesday, when the trial over the attacks continued. During the hearing, videos from Parliament’s security cameras were played, showing the movement of citizens in Parliament and actions by part of the defendants.