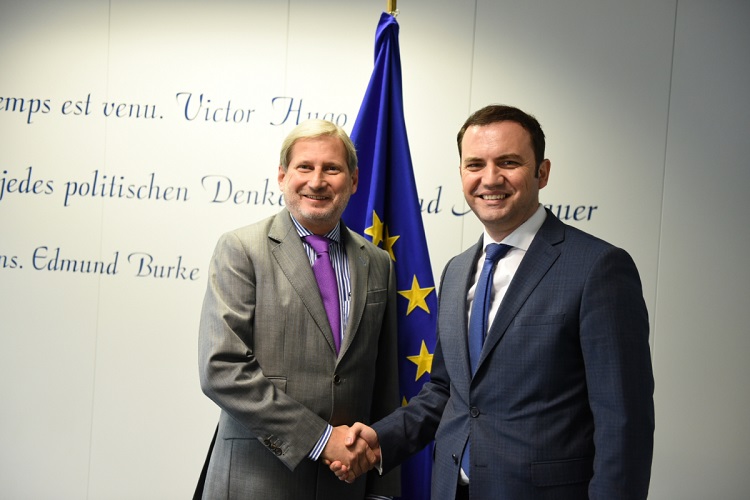 On Monday, the Deputy PM for European Affairs, Bujar Osmani, who is also the Chief Political Negotiator and Head of the Macedonian Delegation for Negotiations with the EU, started a working visit to Brussels. There, he held an informal briefing with Working Party on the Western Balkans Region (COWEB) representatives. At the meeting, he informed about the current situation in Macedonia, describing the political climate as positive regarding implementation of envisaged reforms. During the visit, Osmani met the EU’s Commissioner for European Neighbourhood Policy and Enlargement Negotiations, Johannes Hahn. The Commissioner was informed about Macedonia’s progress in the field of implementation of obligations from the integration process. In that regard, Osmani said Macedonia would manage to achieve Agenda 2025.