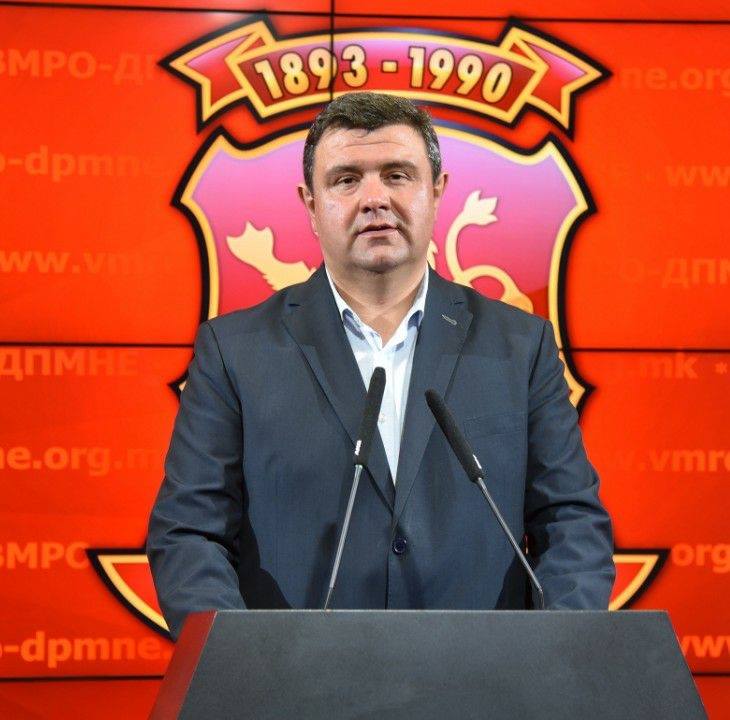 MPs from VMRO-DPMNE and its coalition submitted on Monday Information about the Enormous Pollution of Ambient Air. Also, they will request for a public debate at the Transport, Communications and Environment Committee on the matter, where civil society organisations, experts, environmental associations and everyone else that can contribute so that the situation is prevented from deteriorating will be invited. “We hope that we will this way adopt together certain conclusions through which we will contribute,” VMRO-DPMNE parliamentary group coordinator Nikola Micevski pointed out. According to the opposition party, SDSM has done nothing since it came to power to deal with the pollution problem. In response, the ruling party said that no initiative from VMRO-DPMNE would cover up the direct accountability of Hristijan Mickoski’s party for the fact that they had taken no action for 10 years. “Unlike that hypocritical behaviour of VMRO-DPMNE, the SDSM-led government, together with the relevant institutions, City of Skopje and municipalities, has started to systematically resolve the long-year pollution problem that was ignored by VMRO-DPMNE for years,” it stated. The same day, however, civil society activists, Journalists for Human Rights and the First Children’s Embassy in the World – Megjashi announced a lawsuit against the state before domestic and international courtс over the pollution problem. Also, the organisations launched a petition for zero tolerance on pollution and endangerment of life. Moreover, they urged the international community, too, to help in, as they said, the struggle for life and efforts to resolve the pollution problem.