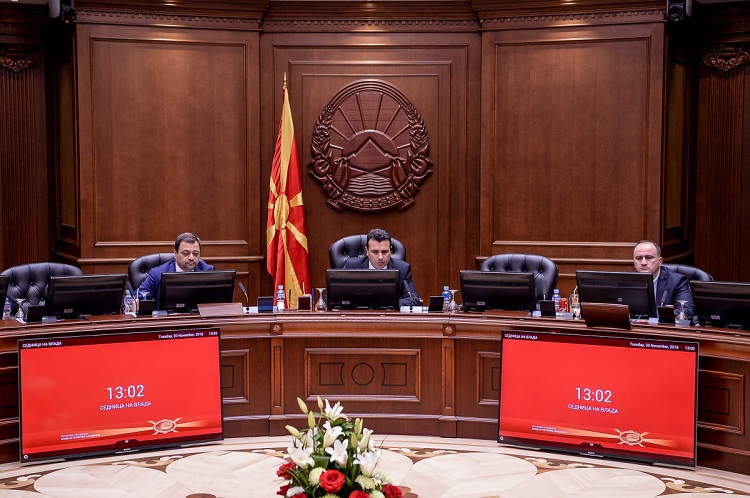 The draft-amendments for changes to the Constitution of Macedonia in accordance with the Prespa Agreement between Macedonia and Greece were officially delivered to the Parliament of Macedonia on Monday. The amendments include the notices from the independent MP group of VMRO-DPMNE of 8 MPs that previously supported the necessity of these amendments. The Amendment XXXIII will replace the words “(Republic of) Macedonia” with the words “(Republic of) North Macedonia” in all articles, except in Article 36. The Amendment XXXIV changes words in the preamble of the Constitution: “decisions of ASNOM” will be replaced by “Proclamation of First Assembly of ASNOM to the Macedonian People on the held assembly of ASNOM,” while the word “year” will be followed by the words “and of the Ohrid Framework Agreement,” while the phrase “decided to” will be erased. Amendment XXXV states that “The Republic respects the sovereignty, territorial integrity and political independence of the neighbouring countries,” and is an addition to Article 3. Amendment XXXVI states that “The Republic protects, guarantees and nourishes the historical and cultural heritage of the Macedonian people. The Republic protects the rights and interests of its citizens living or staying abroad and improves their ties with their motherland. The Republic cares for the Macedonian people living abroad. The Republic shall not interfere in the sovereign rights of other countries in their internal affairs,” and replaces the Article 49. The Parliament will start the discussion for adoption of these amendments on 1 December 2018.