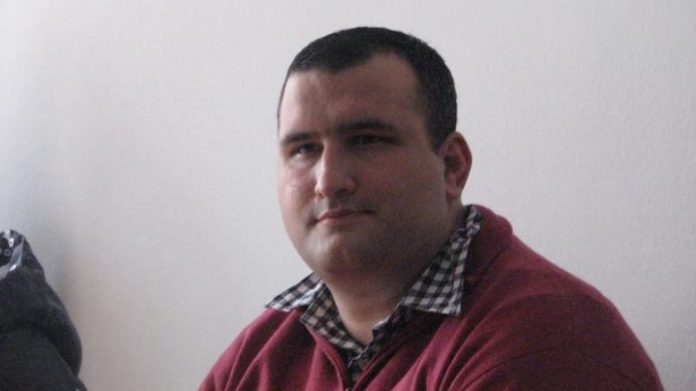 Aleksandar Vasilevski – Nindza, a defendant in the trial focusing on the Parliament Incidents from 27 April 2017, provided his testimony of the events at the hearing held on Thursday. Vasilevski said in his testimony that people from VMRO-DPMNE have organised the events leading to the incidents and the intrusion in the Parliament itself. “VMRO-DPMNE formed “For Joint Macedonia”, and appointed Bogdan Ilievski, Igor Durlovski, Vlado Jovanovski and Boris Damovski as its leaders. These four were constantly controlled by VMRO-DPMNE members Spiro Ristovski and Kiril Bozinovski. Over 80 % of the people taking part in the two-month long protests were VMRO-DPMNE members and followers. Around 15 April the situation kind of boiled, and provocative speeches were made by the organisers of the protests. After this, the “Front for Macedonia” was formed, and the then UBK Head Vladimir Atanasovski told me to contact Jane Cento and Igor Jug in order to determine if Jug’s opinions are pro-Russian. On 27 April 2017, Atanasovski called me around 12:30 p.m. and told me to stay in Skopje, claiming he had information that something great is about to happen in the Parliament. Around 04:00 p.m. he called me once again, telling me SDSM is about to elect Parliament Speaker, and that the President Gjorge Ivanov will declare state of emergency, adding that this was confirmed by the Chief of Ivanov’s Office Boris Josifovski, who on 27 April 2017 was on the 8th floor of the building of VMRO-DPMNE’s headquarters, from where all activities for the protests and the incidents were coordinated. When I went to the headquarters around 06:00 p.m., I encountered people from the Parliament; Biljana Briskovska, Kiril Bozinovski, Mile Janakieski and Mitko Cavkov, which were the people coordinating the intrusion in the Parliament that evening. Briskovska contacted Parliament Speaker Trajko Veljanoski, telling him to open the doors, after the MPs of VMRO-DPMNE failed to provoke physical incidents in the parliament hall. She also called then UBK Head Atanasovski to provide her with information from terrain. We monitored the situation in the parliament through the media in the party headquarters, and then we called Nikola Mitreski – Koljo, who told us that the protesters are beating up the MPs. I told him to get out of there, but he said he cannot because there were covert agents, and decided to get out by himself, disobeying the order for taking all people out of there. That evening, outside the Parliament I met Goran Grujoski, who while we talked received a phone call, after which he told me that “the foreigners” pressured President Ivanov to not declare state of emergency. Later, around 10:15 p.m., I went to a secret base of UBK, where I met officers Nikola Boskoski and Saso Markovski, we were told that all hard disks with recordings from security cameras were confiscated, and they gave them to us to destroy them. Boskoski and I headed towards Avtokomanda, and we stopped in Keramidnica on our way, where Boskoski threw some of the disks in the Vardar River. The rest of them he destroyed with scissors for cutting metal,” Vasilevski testified. He also revealed during the stage for cross-examining of witnesses that UBK officers were constantly following Zoran Zaev, Aleksandar Verusevski and Oliver Spasovski, as well as political analyst Albert Musliu, revealing that cameras were installed in his home while he was away. The hearing then proceeded with the testimony of former UBK Head Atanasovski, who was escorted by the police from the Sutka prison to the court. “I got to know Nindza at the gym we were both going to. I cannot tell you if he is employed in UBK, because we need to keep such information secret. On 27 April 2017 I was a t work till 06:30 p.m. after which I went for a coffee in a café in the centre of Skopje, and then to a handball match. I do not remember exactly all the places I went that day,” Atanasovski said, adding that he found out about the incidents in the Parliament from the media, during which time the crowd has already been in the Parliament. On Thursday evening, the Office of the President of Macedonia Gjorge Ivanov issued a reaction in which they denied all the claims against them in the testimonies of Vasilevski. “Declaring a state of emergency that day was not even considered, least discussed as possible option after the incidents,” writes the reaction of Ivanov’s office.