Debates over Prespa Agreement held in Tetovo and Stip 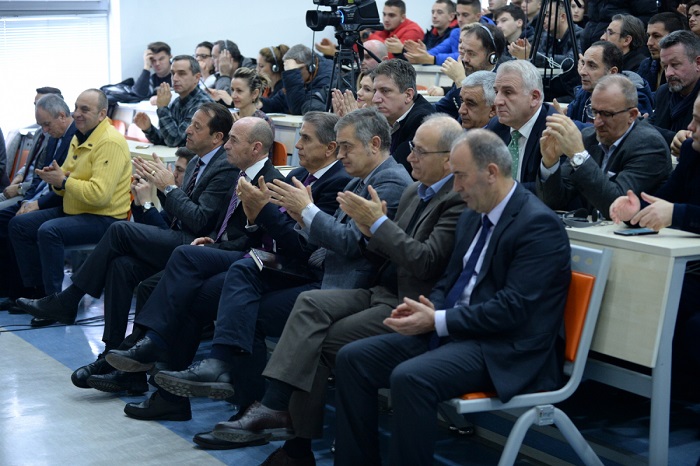 The last two debates organised by the government focusing on the Prespa Agreement and the constitutional changes were held on Monday, one in Tetovo and one in Stip. At the debate in Tetovo, the Speaker of the Macedonian parliament Talat Xhaferi explained the further procedures in the adoption of the amendments for changes to the Constitution of Macedonia. “The public debates over this matter conclude today, so now the government needs to file reports on these debates and submit them to the parliament in the following two days. After this, on 17 December, the parliamentary Committee on Constitutional Issues will hold a meeting, on which the MPs may also suggest changes to the amendments. Once all this is done, in mid-January, the Parliament will hold the session for ultimate adoption of the amendments, for which a 2/3 parliamentary majority is required,” Xhaferi said. The citizens that attended the debate in Tetovo seemed more interested for additions of ethnic nature, to which Vice-PMs Radmila Sekerinska and Bujar Osmani reacted, saying that the process for constitutional changes is complicated enough the way it is now, and there is no necessity to burden it with numerous other issues. Answering a question related to the draft-law on Amnesty for the participants in the Parliament Incidents from 27 April 2017 at the debate in Stip, PM Zoran Zaev underlined that there will be no general amnesty. “This law will only focus on people involved in the Parliament Incidents. A law for general amnesty and pardoning was adopted by the Parliament few months ago, and it is impossible for a modern country with proper rule of law to adopt amnesty laws twice every year,” Zaev underlined.