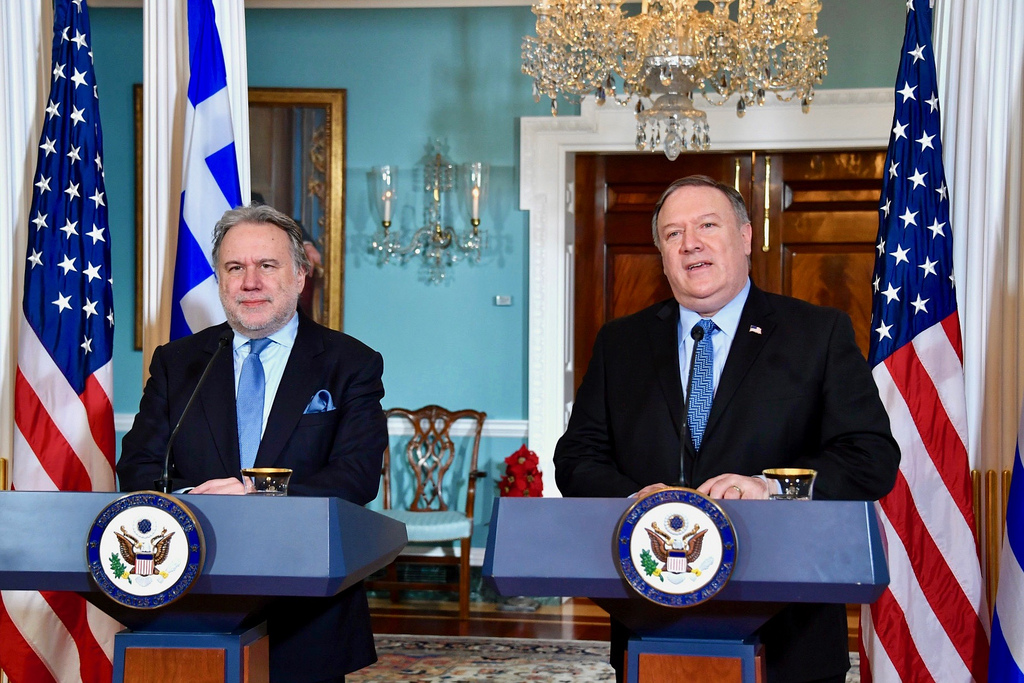 The Prespa Agreement was one of the issues discussed at the meeting between Greek Alternate FM Georgios Katrougalos and US Secretary of State Mike Pompeo. The deal was described as historic. As it was also assessed, it will help in the realisation of Macedonia’s Euro-Atlantic integrations and oppose the Russian influence in the region. “In June, Greece signed the Prespa Agreement, which will have positive economic impacts and open Greece as a gateway to the Balkans. We congratulate the Greek Government for its work in reaching this Agreement,” Pompeo stated. As he added, the deal will allow Greece’s northern neighbour to join NATO and the EU under the new name and strengthen the Balkans against “Russia’s malign influence.” According to Katrougalos, the deal protects national interests and strengthens regional stability. Also, he reiterated his country’s government’s readiness to implement the Agreement. In the meantime, FM Nikola Dimitrov, in an interview with French newspaper Le Monde, stated that it was really difficult for the name process to be completed, but nonetheless added he was optimistic that that would be done.