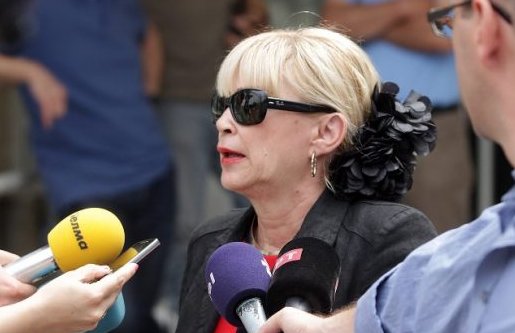 The Public Prosecutor that processes the “27 April Parliament Incidents” case Vilma Ruskovska expressed dissatisfaction with the Law on Amnesty for this case. “I have invested a lot of hard work in this case and I am not satisfied with the final text of the law. The law predicts that the judge in the case will make the decisions in consultations with the Public Prosecutor, which is better than the Parliament forming a committee which will interpret evidence and determine whether or not amnesty will be given to someone. Still, certain segments of the law are not precise enough,” Ruskovska said, adding that all evidence presented in the case will be taken into consideration when a decision is to be made if a defendant will be granted amnesty or not. A new hearing over this case was held on Thursday, and before the hearing, most of the defendants did not reveal whether they will file requests for amnesty. Defendants Goran Gjosevski, Jane Cento and Igor Jug said that they will not request amnesty.