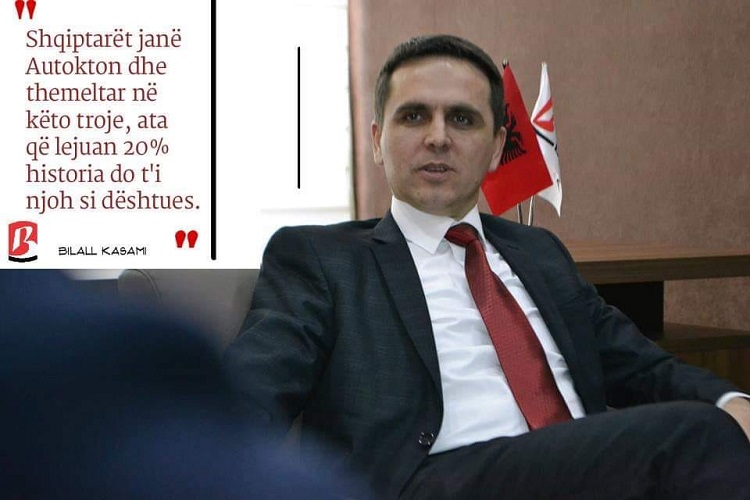 An omission of the word “Macedonian” for citizens who are part of the ethnic Albanian community in the field of nationality – this is BESA’s condition, the party confirmed on Saturday, a day after the meeting between leader Bilall Kasami and PM Zoran Zaev. “Regarding nationality, the word should be omitted. For Albanians and those from the diaspora, the ethnic communities should be written, as is the case in the Preamble. When it comes to those two issues, there are no negotiations. Without them being fulfilled, there will be no votes in favour of the constitutional changes. At Tuesday, at a group level, there will be talks on legally forming BESA’s demands and if both sides accept them, there will be a positive outcome,” BESA pointed out, 21 TV reports. BESA will also demand a change to a part of Amendment V of the Constitution so that Albanian and Macedonian are listed as official languages and in order to prevent the President from blocking adoption of laws by refusing to sign them.