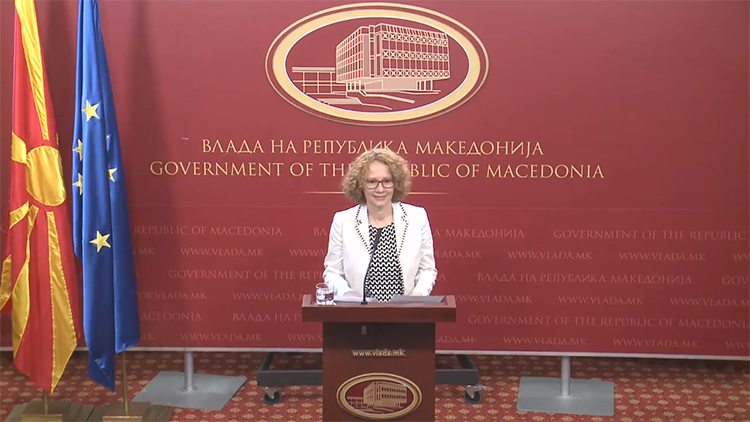 The anti-corruption law has been included in a parliamentary procedure with a European flag in order to prevent any chance of it being blocked, according to Defence Minister and Deputy PM Radmila Sekerinska. She considers that the law is a typical example of how work on an important law should be done and that all EC remarks have been taken into consideration. Sekerinska is of the opinion that it will result in a State Commission for Prevention of Corruption composition that will have both the independence and power to fight corruption. Regarding Macedonia’s NATO road, she said during Saturday’s visit to the Bogorodica border post that the protocol would be ready once the Prespa Agreement was implemented and ratified by both sides. The Minister hopes that Macedonia will fulfil its obligations on time and according to plan. Regarding the presidential race, she didn’t reveal whether she would be a consensual candidate.