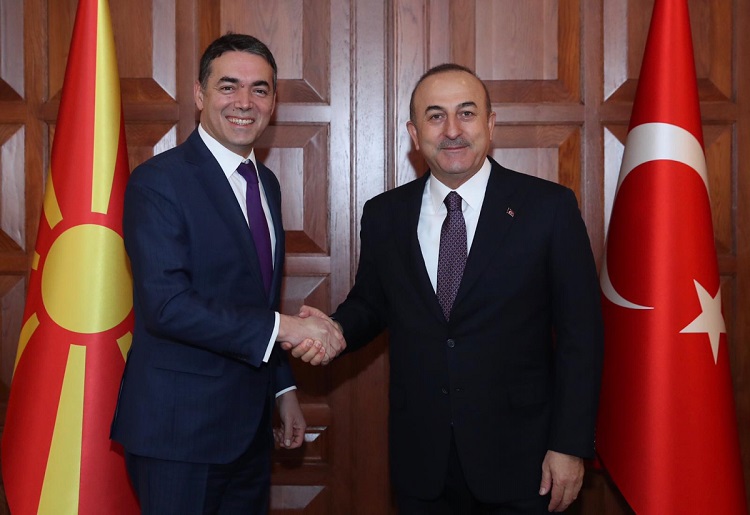 The Macedonian Minister of Foreign Affairs Nikola Dimitroc pays an official visit to Ankara, Turkey, where he met on Thursday his Turkish counterpart Mevlut Cavusoglu, as well as the Speaker of the Turkish Parliament Binali Yildirim, the Turkish Defence Minister Hulusi Akar and high representative of the office of Turkish President Recep Tayyip Erdogan. “Cavusoglu said that Trukey sees an important friend and economic partner in Macedonia, and that it supports Macedonia’s activities on Euro-Atlantic integrations, positively evaluating the adoption of the Prespa Agreement. He said that we are closing open issues in order to get Macedonia out of risks for instability by helping it become a NATO and EU member, and that Turkey stands by Skopje in its name dispute with Greece and recognizes Macedonia by its constitutional name,” the Macedonian MoFA reports via a press release. Dimitrov and Cavusoglu signed in Ankara a memorandum for cooperation on the field of IT and diplomatic archives between the foreign ministries of both countries. At the meeting with Yildirim, Dimitrov spoke about improving the cooperation between the Macedonian and the Turkish Parliament, while with Defence Minister Akar, Dimitrov spoke about possibilities for cooperation in form of trainings for Macedonian soldiers and army officials, as well as technical assistance to the Army of Macedonia.