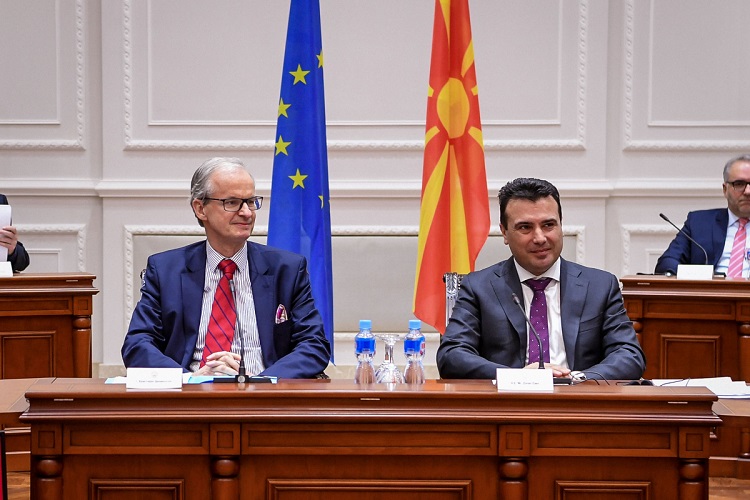 The PM Zoran Zaev met on Tuesday in the government the Director of EU’s Directorate for Enlargement and Foreign Policy Christian Danielsson. At the meeting, Zaev and Danielsson spoke about the ongoing political events in Macedonia, like the adoption of the Prespa Agreement and the integration of Macedonia in NATO and EU. “2018 was a crucial year for Macedonia; we managed to finally resolve the name dispute we had with Greece, and we are working hard on the implementation of all reforms necessary for making our country a worthy candidate of EU membership,” Zaev told Danielsson, who on the other hand told Zaev that reforms should be more important than elections. “The positive momentum created from the adoption of the Prespa Agreement should be used as a catalyst for the reforms necessary for EU membership, and I believe that an early parliamentary election would halt that momentum and drain out the energy necessary for implementation of reforms,” Danielsson said.