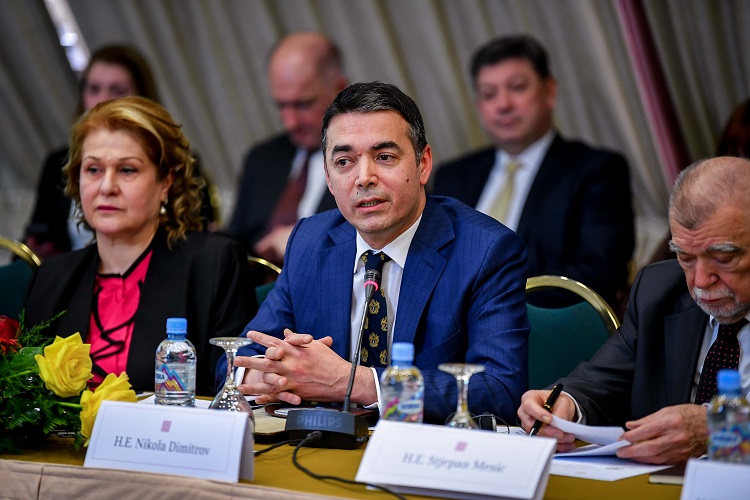 The roundtable “Leadership founded on values” to mark the 15th anniversary of President Boris Trajkovski’s death was held in Skopje on Monday. Many current and former politicians from the region participated and praised Trajkovski’s actions. Former Croatian President Stjepan Mesic stated that Trajkovski had displayed leadership in the right times for the country. Ex-Albanian President Alfred Moisiu described Trajkovski’s work as priceless to the region and its stability. Similar messages were sent also by former Romanian President Emil Constantinescu, who said that he and Trajkovski had shared a similar vision for the whole region’s future. FM Nikola Dimitrov, too, praised Trajkovski for his deeds in many areas, including interethnic relations.