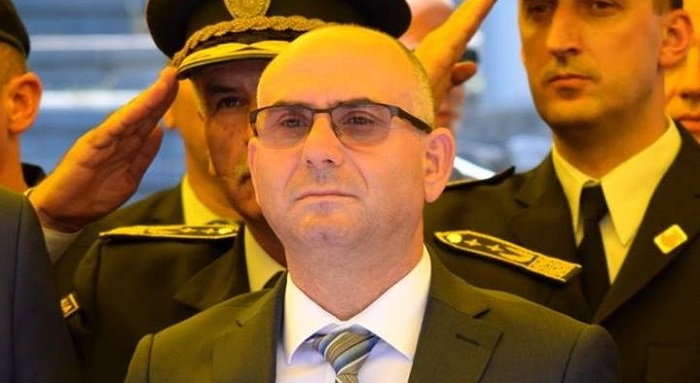 According to the decision based on which former Public Security Bureau (PSB) Mitko Cavkov was taken to the investigative prison in Skopje on Tuesday as a result of the detention measure, he’d been planning to leave Macedonia and go to his villa in Chalkidiki before hearing the verdict in the trial over the 27 April 2017 attacks in Parliament. The official note says that state organs had nbeen notified by a close friend of the Cavkov family. However, his daughter, Zorica Cavkova, said on Wednesday that it was not true. Also, she urged the Prosecutor’s Office to prove that her father owned a villa in Chalkidiki and that he had been planning to escape. In her view, her father has been set up. In addition, Cavkova announced a lawsuit, adding that all international stakeholders and embassies would be informed about the case. “The one who made the villa in Chalkidiki up will spend time in prison. I don’t know whether those that had tasked him with making such an official note up had explained to him what the consequences against him would be,” she stressed. Lawyer Saso Dukovski, who represents Cavkov in the case, considers that the decision on the detention measure was made because “a decision has already been made on the verdict, too”. Criticising the developments, he predicted Cavkov would be given a 14-year prison sentence. The same day, former PM Nikola Gruevski, too, levelled criticism at the situation. In his view, the ex-PSB head is a victim of a staged process and political persecution. As the ex-PM also underlined, PM Zoran Zaev is retaliating for the Bribery case. “The Prosecutor’s Office knows in advance, before the judge reaches a verdict, that the Court will find Cavkov guilty and it requests and gets, in advance, detention for him” Gruevski wrote on his official Facebook page. Prosecutor Vilma Ruskovska, however, considers that there’s no reason to suspect the findings about Cavkov’s intentions. “We acted upon a notification by police. So far, we have had no reason not to believe their notifications,” she pointed out.