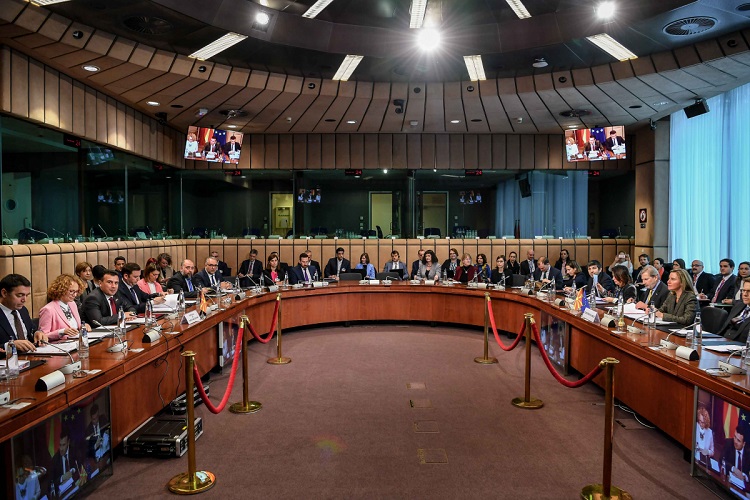 The 15th meeting of the Stabilisation and Association Council between Macedonia and the European Union (SA Council) was held on Tuesday. “The SA Council recalled that the Stabilisation and Association Agreement (SAA) remains at the core of the relationship between the EU and the Republic of North Macedonia until the country’s accession to the EU. The SA Council took note of the country’s primary objective to open accession negotiations and acknowledged the government’s strong commitment to this purpose. The SA Council welcomed that the European Council has set out the path towards opening accession negotiations in June 2019 based on continued progress and tangible results, maintaining and deepening the current reform momentum. The SA Council took note of the intention of the Commission and government to begin the necessary preparatory work. On good neighbourly relations, the SA Council strongly welcomed and supported the agreement between Athens and Skopje on the resolution of the name issue and the establishment of a strategic partnership. This is a historic step, which sets an example for the Western Balkans region and beyond. This agreement, together with the Treaty on Friendship, Good Neighbourliness and Cooperation between Bulgaria and the Republic of North Macedonia, sets a strong example for others in the region and beyond to strengthen good neighbourly relations. The SA Council underlined the importance of continued implementation of these agreements in good faith and took note of the governments’ commitment to this end. The SA Council reviewed the key developments over the previous period relating to the fulfilment of the political criteria, as well as the state of play concerning the economic criteria and financial cooperation. Concerning the political criteria, the SA Council welcomed the significant steps taken by the government to advance EU-related reforms, in a transparent and inclusive manner, as well as the positive changes in the general atmosphere in the country,” it was said, among other things, in the press-release.