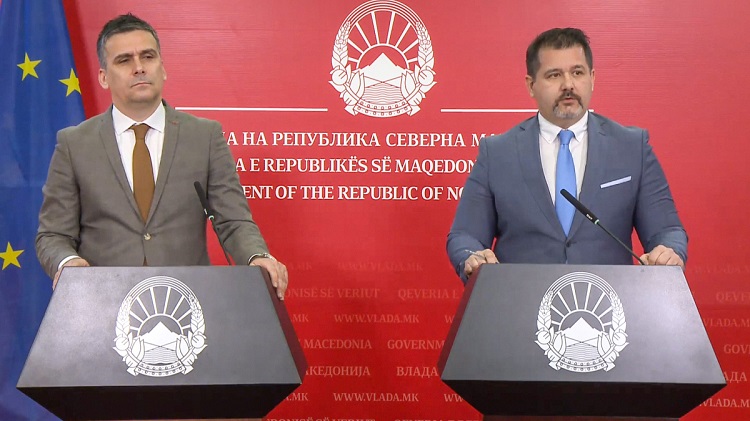 VMRO-DPMNE should submit by Thursday the proposals regarding the part of the Public Prosecutor’s Office Draft Law concerning the Special Prosecutor’s Office. The working groups’ new meeting is scheduled for Friday. Government spokesperson Mile Bosnjakovski said at a press-conference on Wednesday that there are serious differences between the government and VMRO-DPMNE over the matter. As he added, the former definitely considers that the current form should be implemented without delay. Regarding the process to change institutions’ names, Bosnjakovski stated that the abbreviation of the Macedonian Academy of Sciences and Arts, MASA, remained. When it comes to the full name, academics will need to voice a stand. When it comes to the Army of the Republic of Macedonia, the Prespa Agreement’s spirit and principles will be followed. “Most likely, it will be precisely stated in the coming period. At this moment, I have no information,” the spokesperson stressed. As far as the luxurious Mercedes procured during VMRO-DPMNE’s rule is concerned, Bosnjakovski said it was not being used because it was still part of the court process over the Tank case. Once the procedure ends, a decision will be made on what to do next. At the same press-conference, spokesperson Muhamet Hoxha said regarding the Census Law that it hadn’t been an item on the agenda of the Government’s session the previous day.