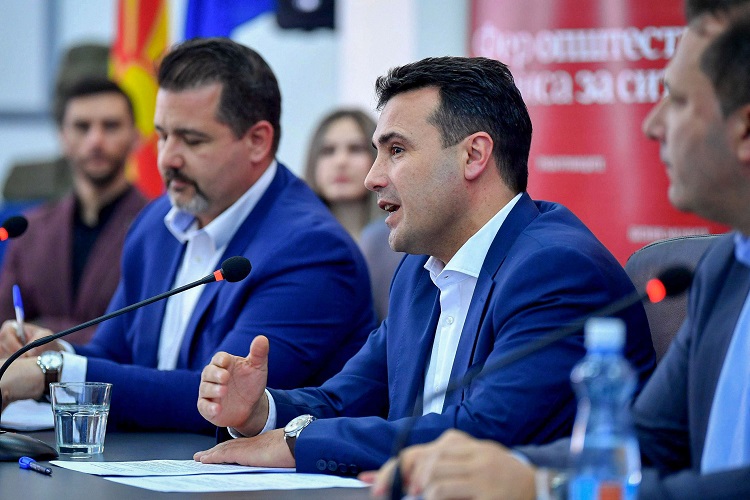 On Monday, PM Zoran Zaev commented on the latest developments related to the part of the Public Prosecutor’s Office (PPO) Draft Law concerning the Special Prosecutor’s Office (SPO). “Today, the Justice Ministry is starting talks with the small political parties and smaller parliamentary groups,” he said. The PM doesn’t believe talks with VMRO-DPMNE have failed because the principles Hristijan Mickoski’s party pledge for “have been accepted and already implemented in the part of our legislation”. Regarding the Islamic Religious Community case, Zaev stated that individuals from the IRC were behind the threats for urgent denationalisation. The PM’s stand is that no religious community is favoured in the process for a return of properties. “Efforts are underway for commissions to speed the procedure up, but the denationalization process doesn’t depend only on our work,” he stated.