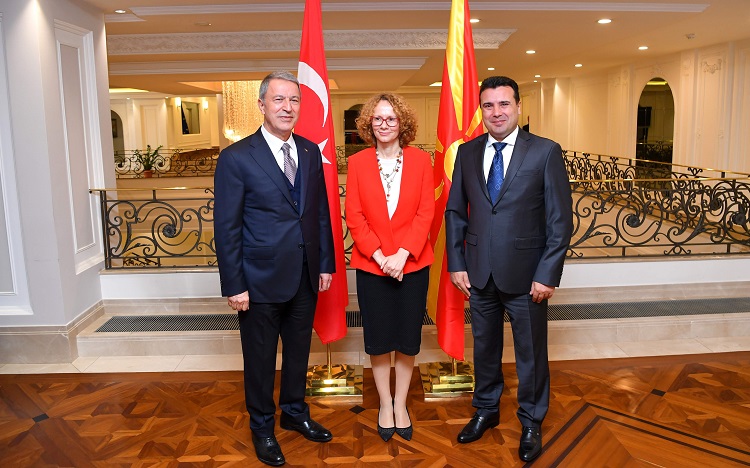 The Turkish Minister of National Defence Hulusi Akar paid an official visit to Macedonia, meeting his Macedonian counterpart Radmila Sekerinska. “Turkey is a great friend of North Macedonia, and has always provided assistance whenever our country required it. The excellent cooperation between our armies is visible through several examples, like the fact that the Macedonian soldiers in Afghanistan are fulfilling their duties as part of the Turkish contingent, and the second commanding position is granted to a Macedonian soldier,” Sekerinska said. Akar praised the contributions of North Macedonia to the missions of NATO and the good cooperation with Turkey in numerous fields. However, he added that Macedonia should assist Turkey in the struggle against structures of the FETO organisation of Fetulah Gulen, which Turkey views as an enemy of their state. “I hope North Macedonia will manage to deal with these structures which damage the good relations between our two countries,” Akar said.