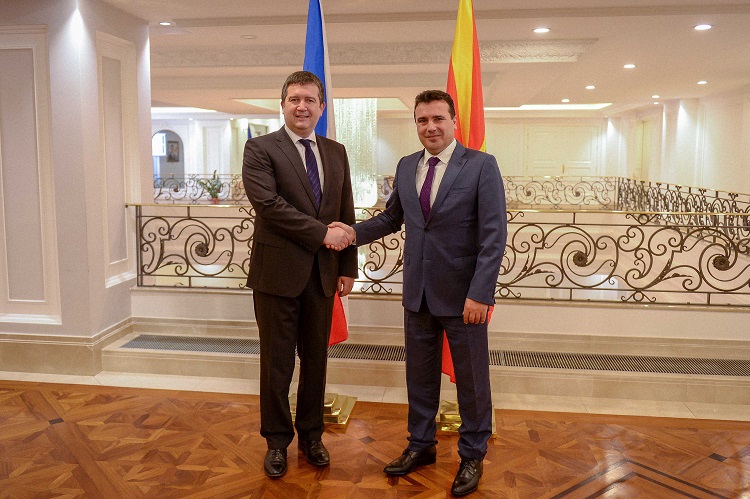 The PM Zoran Zaev met Wednesday the Czech Vice-PM and Interior Minister Jan Hamacek. As the government reports of the meeting via a press release, Zaev and Hamacek spoke about the cooperation between Macedonia and the Czech Republic in terms of integration in NATO and EU, as well as the security at the South Macedonian border and dealing with greater waves of migrants. “The Czech Republic is a great partner of our country, which is why we are strongly dedicated to resolving issues of our mutual interests, like dealing with the migrant crisis, and the strongest proof for this cooperation came yesterday in form of a donation worth 1 million euros on behalf of the Czech Interior Ministry,” Zaev told Hamacek. The Czech Vice-PM pointed out the good cooperation between the Macedonian and Czech police departments, as well as the cooperation of their military units taking part in NATO missions in Afghanistan. Hamacek expressed hope that the EU will soon approve the start of membership negotiations with Macedonia.